How Many Puppies Can a Chihuahua Have?

Whether you are eagerly anticipating the arrival of your pet chihuahua's pups, or you are unsure whether she is pregnant, we are here to help. Because this breed is the smallest in the world, their litter size usually does not exceed 1 to 3 puppies. However, there are exceptions. It can be dangerous if your chihuahua has become pregnant by a larger dog, as she may be too tiny to handle labor. We will elaborate on this and more in our oneHOWTO article: how many puppies can a chihuahua have?

You may also be interested in: How Many Puppies Can a Labrador Have
Contents

Signs & symptoms that your Chihuahua is pregnant

If you think your dog may be pregnant but are not quite sure, look out for these signs and symptoms. It is vital you are there for your pregnant pooch during this time. Unlike humans, a chihuahua's gestation period will last an average of 63 days. The earliest they seem to go into labor is around 2 or 3 days early, and may go 2 to 3 days late. She will go through many similar changes just as a woman would.

A female Chihuahua can also occasionally have a false pregnancy. Although it has not been determined why, she can have an imbalance of chemicals. This triggers her body into "thinking" she is pregnant with puppies. When this happens, the belly can swell, the dog will have an increase in breast tissue and the dog may even begin to produce milk! If this happens to your pup, these symptoms will fade in about a month or so. Always check with your vet if you are concerned or unsure.

The Chihuahua weighs one or two kilograms (2.3 to 4.6 pounds) and is between 15 and 20 centimeters (7.9 to 11.8 inches) tall. It's the smallest dog in the world and the most popular of all small dogs. A variety of factors determine the size of a chihuahua's litter:

Litter size is also determined by the time of breeding. It can also depend on how strong the male dog's sperm was or if your dog was in heat for the first time they conceived.

How many puppies do chihuahuas usually have?

Chihuahuas have small litters compared to most other dogs, which is unsurprising due to their size. Their average litter size is 1 to 3 pups. It is possible for them to have a larger-than-average litter though. In 2011 a chihuahua named Coco gave birth to a litter of 10 puppies in the UK. Impressive!

They can reach sexual maturity at the age of 6 months, but most are unable to have puppies until they are over 1 year of age. They usually have two estrous periods a year when they mate, so it is possible for them to deliver two litters a year.

Chihuahua pregnancies - what you need to know

Before allowing your dog to get pregnant, it is important that you consider every little detail properly. Of course, on occasion your dog will fall pregnant accidentally. Bear in mind the space, patience and financial resources needed. It is important to remember that puppies must stay with their mum for the first two months of their lives.

Puppies are hard work. Do not forget that you are responsible for these animals. Take care of them well and make sure you find them a good home if you decide not to keep them.

OneHOWTO does not support breeding. But we do encourage new puppies to be given to the right family if their previous owner is unfit to take care of them. If you enjoyed this article, you may be interested in: How Many Puppies can a Husky Have, How Many Puppies can a Golden Retriever Have or When to Start Walking a Puppy.

If you want to read similar articles to How Many Puppies Can a Chihuahua Have?, we recommend you visit our Pets category.

How Many Puppies Can a Maltese Dog Have?
How Many Puppies Can a German Shepherd Have in One Litter
What Should a Chihuahua Dog Eat
How Big Does A Chihuahua Get
Most read
1.
What Are The Symptoms Of A Female Dog In Heat
2.
How to Know if your Pit Bull Is Purebred - Foolproof Traits
3.
Why Is my Dog not Eating after Giving Birth?
4.
Home Remedies For My Dog's Cough
5.
What to Feed a Dog with an Upset Stomach
6.
What Are The Symptoms Of Colds In Dogs
7.
What To Do If Your Dog Doesn't Chew Its Food
8.
Home Remedies to Reduce my Cat's Fever

How Many Puppies Can a Chihuahua Have? 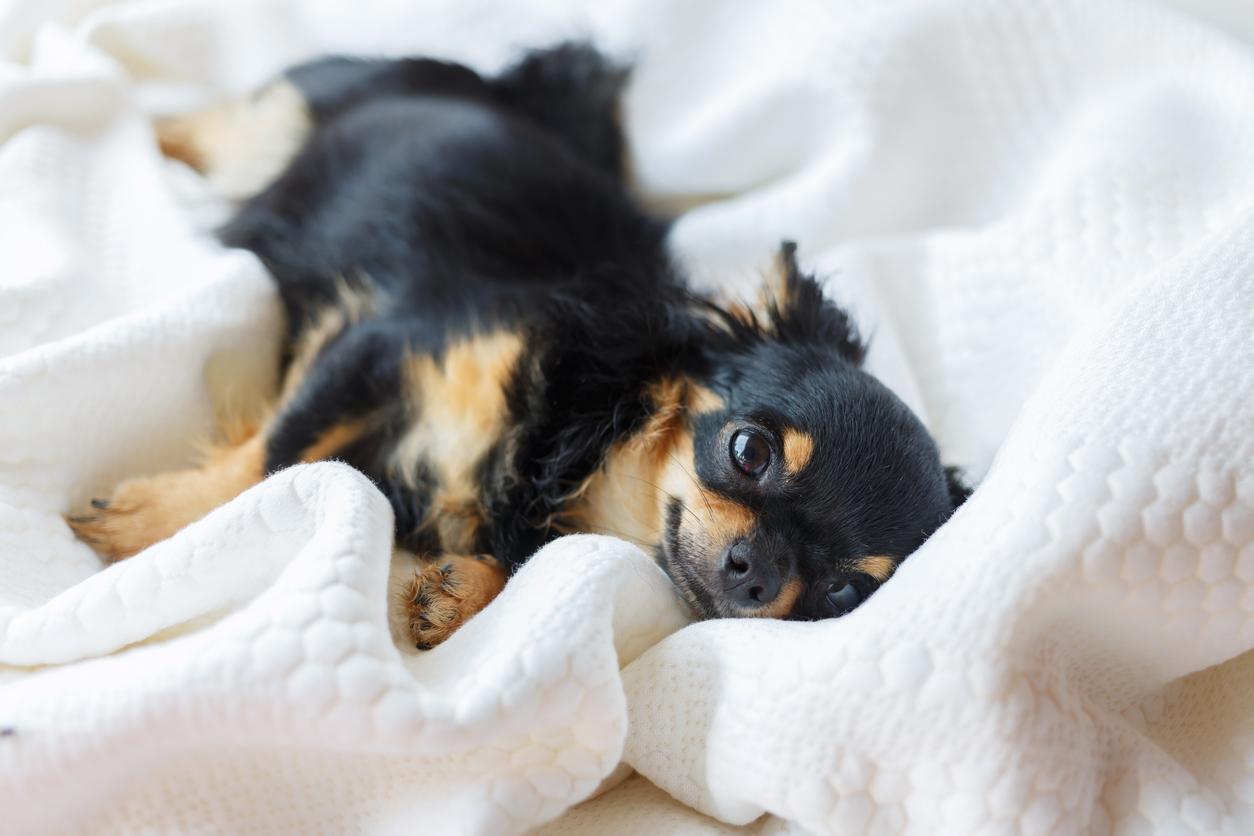 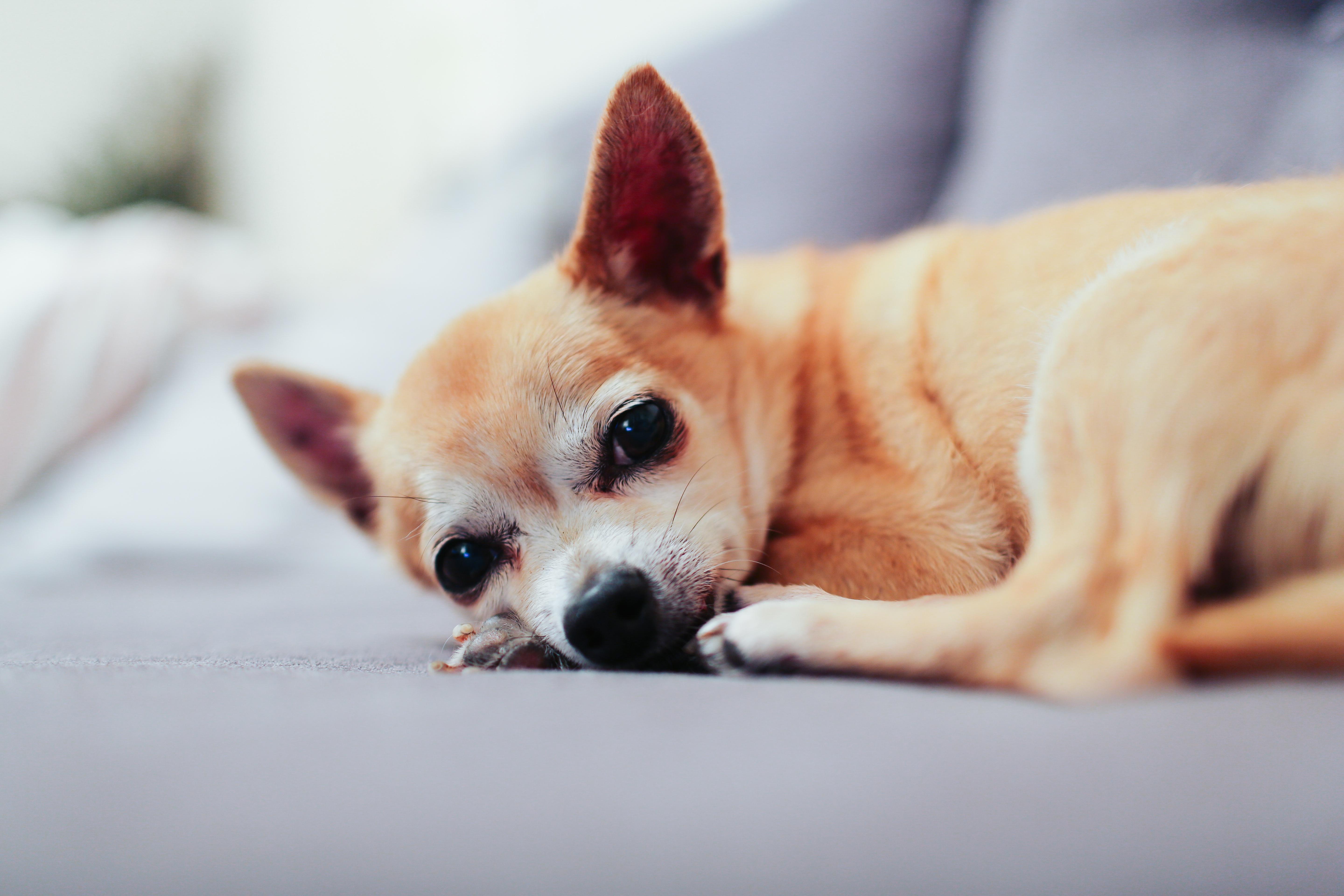 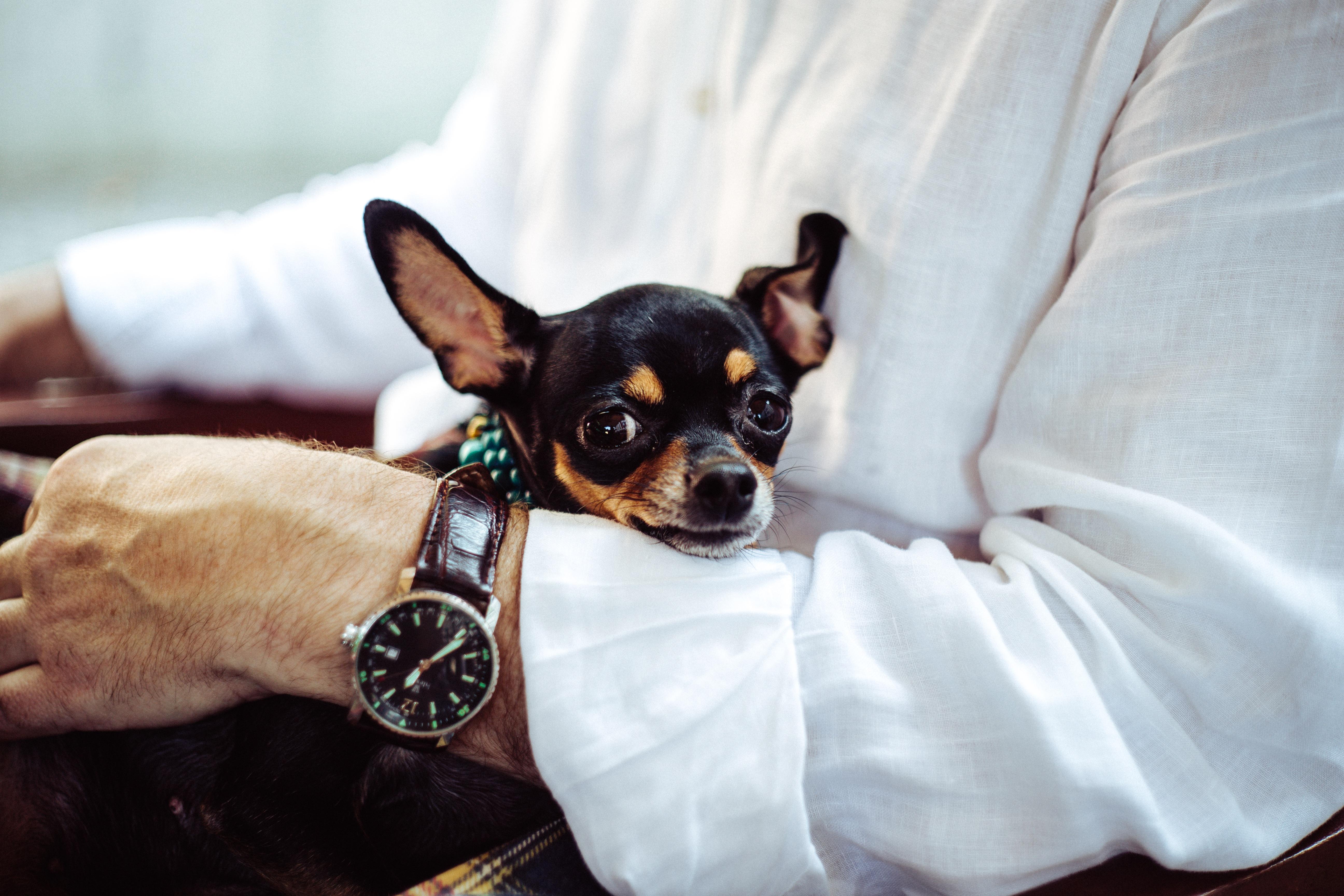 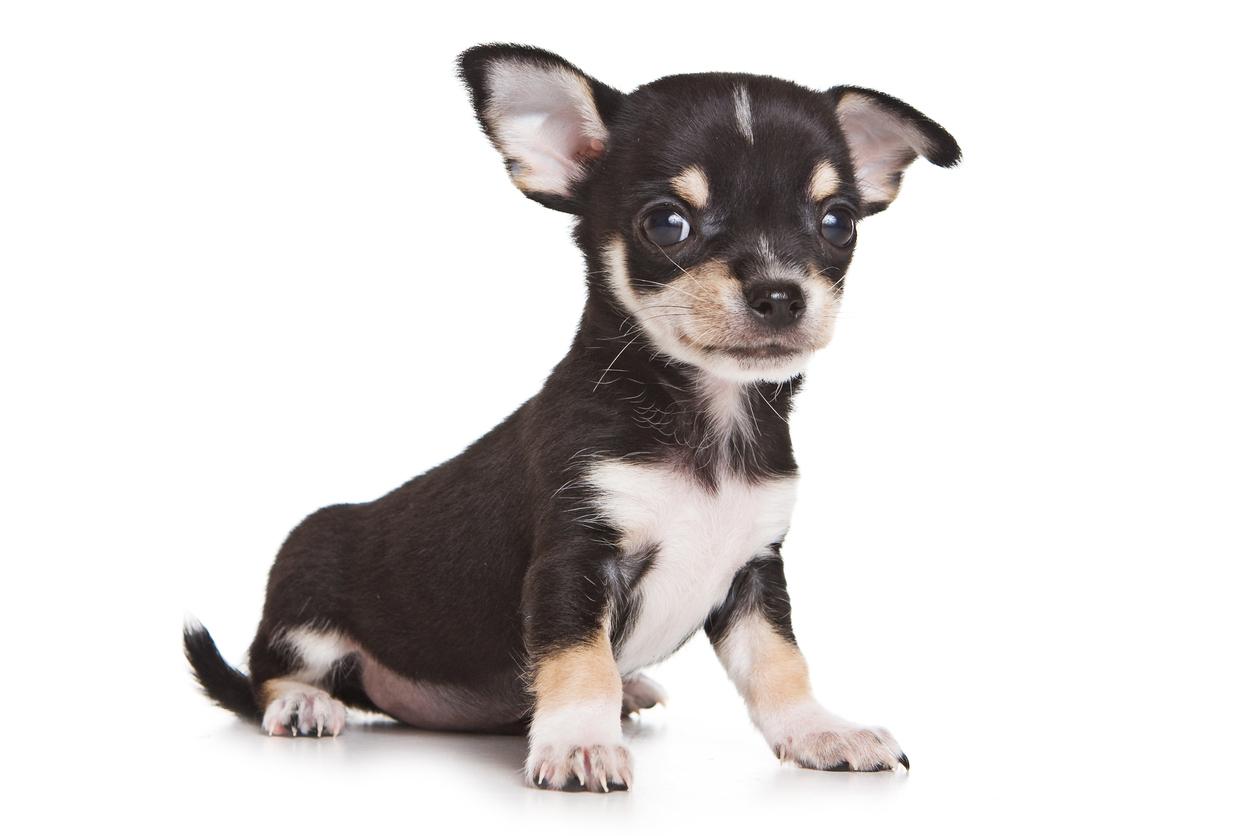 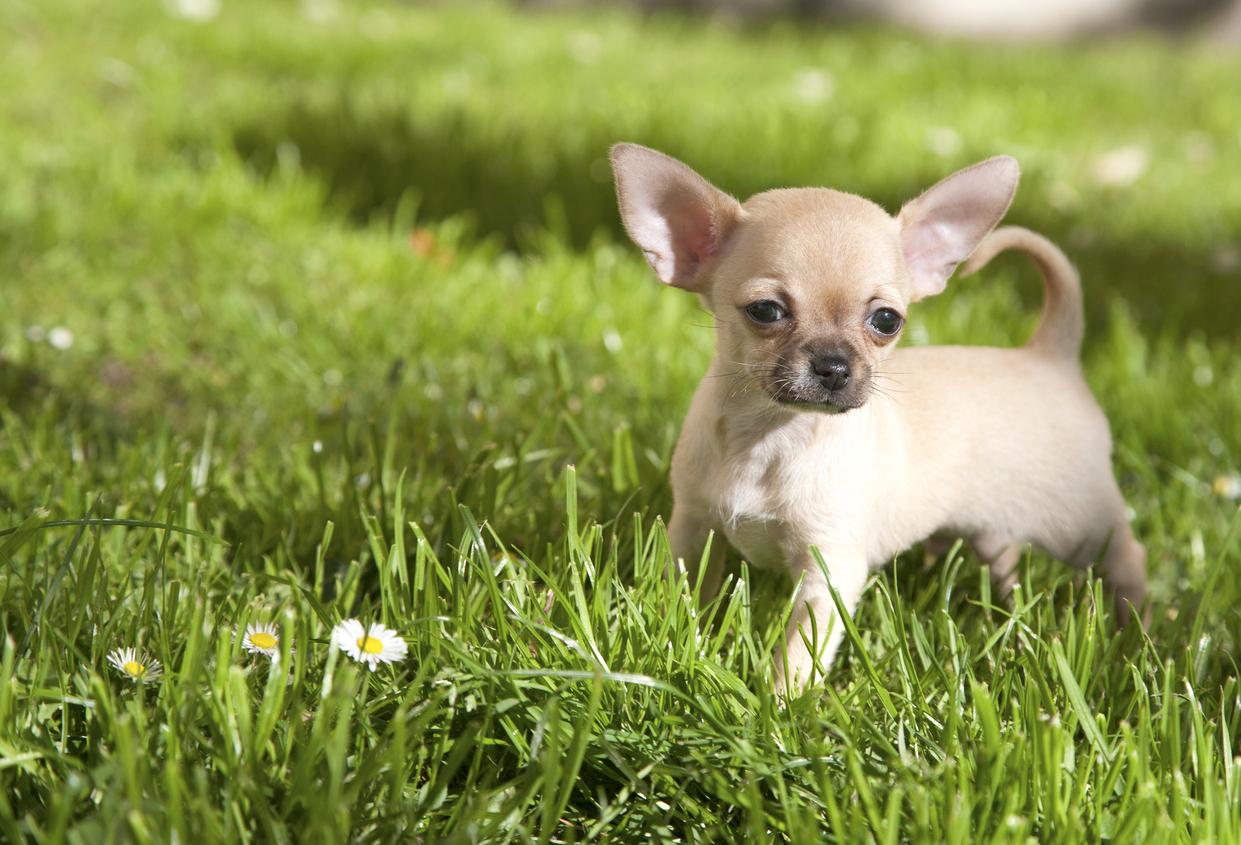 1 of 5
How Many Puppies Can a Chihuahua Have?
Back to top