How to Know if your Pit Bull Is Purebred - Foolproof Traits

The American pitbull terrier dog breed, also known as pit bull, pitbull or American pit bull terrier, are currently among the most popular in households, although sadly there are still those who use them in dog fights, which is totally illegal, as it also happens with many other dog breeds. In recent years this powerful looking yet affectionate breed has been gaining popularity and more and more pit bulls are occupying a special place in many families.

Those who have adopted or taken in a dog that seems to be of this breed, are likely to want to know if it is indeed purebred for several reasons, such as whether it is necessary to get permits for dogs considered PDD or potentially dangerous dogs, or because they want to enroll them in pit bull beauty pageants. This is why, in this oneHOWTO article we'll give you all the signs to know if your pitbull is purebred, explaining its traits and other interesting details.

You may also be interested in: How to Know if your Dog is Overweight
Contents

Is it important for a pit bull to be purebred?

The real importance of a dog's purity is an issue on which many people have doubts and the answer may depend on whom we ask.

However, at oneHOWTO we believe that, in fact, it should only be important for this breed's legal and authorized breeders. For other subjects, such as whether we should obtain permission for possession of PDDs or potentially dangerous dogs in our country it is not really that important. This is because any dog breed can be classified in this group according to size, weight, powerful musculature, bulky head, wide neck and other features, whether the dog is purebred or mixture. The traits that mark a dog as dangerous or potentially dangerous will vary from one country to another. In addition, our hairy friend will love us, give affection and behave with us just as well whether purebred or not, so it should not be a real concern for anybody.

However, for those who, for a certain reason or simple curiosity, want to know, we'll explain the details to know if a pitbull is purebred or not below.

How to identify a pitbull - physical traits

The first thing to keep in mind is that the main associations and official entities responsible for the classification and standardization of canine breeds, such as the FCI or International Cynological Federation or the AKC or American Kennel Club, do not recognize the American pit bull terrier as an official breed. Therefore, at this official level is not a consolidated breed. In any case, there are certain associations, such as the UKC[1] that have recognized them as a different race and registered them, taking into account a certain standard.

Moreover, it is also necessary to know that there are many varieties considered as types or subraces of the pitbull, suc as the as snake, red nose pitbull, blue nose pitbull, colby, chamuco or Mexican pitbull, etc, but that, in fact, they are not officially recognized by any official club or association.

It is the associations of the United Kennel Club and American Dog Breeders that have stipulated that the American pit bull terrier has to fulfill the following physical traits:

Also, to determine if a dog belongs to a breed, main traits of the breed's character can also be taken into account as, although many may think so, if a pitbull is aggressive or not is not an actual character trait. Again, according to the United Kennel Club, this is the character of a well-balanced and happy pit bull:

As you can see, the aggressive character that has been related to this breed in recent years is not due to a characteristic element of this breed. Clearly, cases of aggression, are related to poorly socialized dogs or those who have been mistreated, something that can happen in any dog, whether it's purebred or not.

How to tell if your puppy is a pitbull

Puppies of any dog breed can, at times, be complicated to identify with a specific breed and it is frequent that we ask ourselves what breed they could be. In the case of pitbull puppies, we should take into account that, even if they is small, they will continue to have a large, wide head and muzzle, as well as the triangular ears and wide base somewhat bent forward, if they are not cropped.

In general, it should be noted that it fulfills the same traits mentioned above in the article. Also, keep in mind that, as a puppy, some character traits will be more marked, such as energy, enthusiasm, confidence, and so on.

The type coat and the color do not change just because they are puppies, that is to say, a a pitbull puppy will have short hair and can be of several colors and patterns.

As the dog grows, it will be easier to know with more certainty if it is a purebred pitbull or not or if it has part of mixture with this breed.

If all these indications have not been enough so that you can determine if your furry friend is purebred, or if it is a mixed breed or another similar breed, such as an American staffordshire terrier or an American bully, but you still can't figure it out, then we recommend that you follow these tips:

These are the professionals who will be able to help you know if your pitbull is pure or not or if it is a cross between different breeds. Remember that the important thing about sharing your life with a dog is that you enjoy each other's company and make each other happy, as well it as being a big responsibility.

It is also necessary to remember that as these dogs are very strong and energetic, it is necessary for their owners, who will walk, train or exercise and take care of them regularly to be prepared for them before adoption, either physically or because they have adequate knowledge, or that they go to a professional canine training or an ethologist.

If you already live with one or you are thinking about adopting, at oneHOWTO we recommend that you read this article on How to take care for a pitbull.

If you want to read similar articles to How to Know if your Pit Bull Is Purebred - Foolproof Traits, we recommend you visit our Pets category.

9 comments
Rating:
Desiree Ayala
19/06/2021
Can you let me know what my dog might be mixed with by a picture please?! If possible! It’s not too important because I LOVE HIM SO MUCH EITHER WAY!! HES THE GREATEST MOST AFFECTIONATE DOG IVE EVER HAD!! HES FUNNY AND MAKES ME SMILE ALL DAY LONG! I Suffer from depression and I feel like he knows when I ha e tough days and he just cuddles and lays all over me and is extra silly on those days!! So it’s not that important just curious because if he is mixed I feel it was the best recipe for me! 😊

You can add a photo to the comment and we can try, but it can be difficult to tell.
Rating:
Shannon
22/03/2021
Our girl blue american s
I've been told no papers so I'm not sure she is 8 months old and like to breed her we were told she is from the the addonis blood lines on both mum and dad side but her ears are big and has a
Pointed face
Rating:
Omar
20/01/2020
Where can i send a pic to see if my dog is purebred?

OneHowTo Editor
23/01/2020
You can upload a photo here, but it's difficult to tell from a picture. The best thing you can do is follow the steps in the article. Good luck!
Rating:
Brandi
03/12/2019
My sister brought me a dog on my birthday and I would love to know if she’s a full blood pit bull or if she’s a mixed breed. I’ve had people tell me she’s mixed and I’ve had people tell me that she looks like she’s full-blooded so I would love to know if you guys could help me figure this out. Thanks ☺️
Rating:
habung
23/08/2019
my father gifted me a pit bull. i want to know whether it is pure breed for not. where can i send the pic?

OneHowTo Editor
15/01/2019
Hi Mayank
It’s possible that your pitbull is of mix-breed. Do you have a photo that we can look at to confirm this?
leslie norris
04/03/2018
My dog is all black ,how do I know if she is all pit bull or part lab

Both Pit Bulls and Labradors can be all black, so you will have to look at other traits to know its breed. Perhaps this might help:

https://www.animalwised.com/pit-bull-breeds-and-types-234.html
How to Know if your Pit Bull Is Purebred - Foolproof Traits 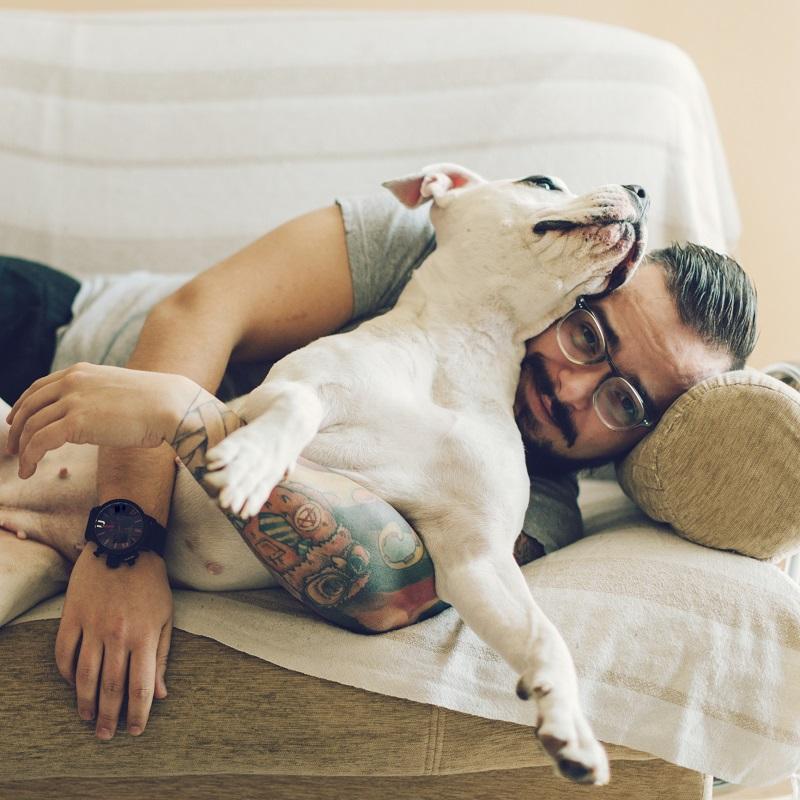 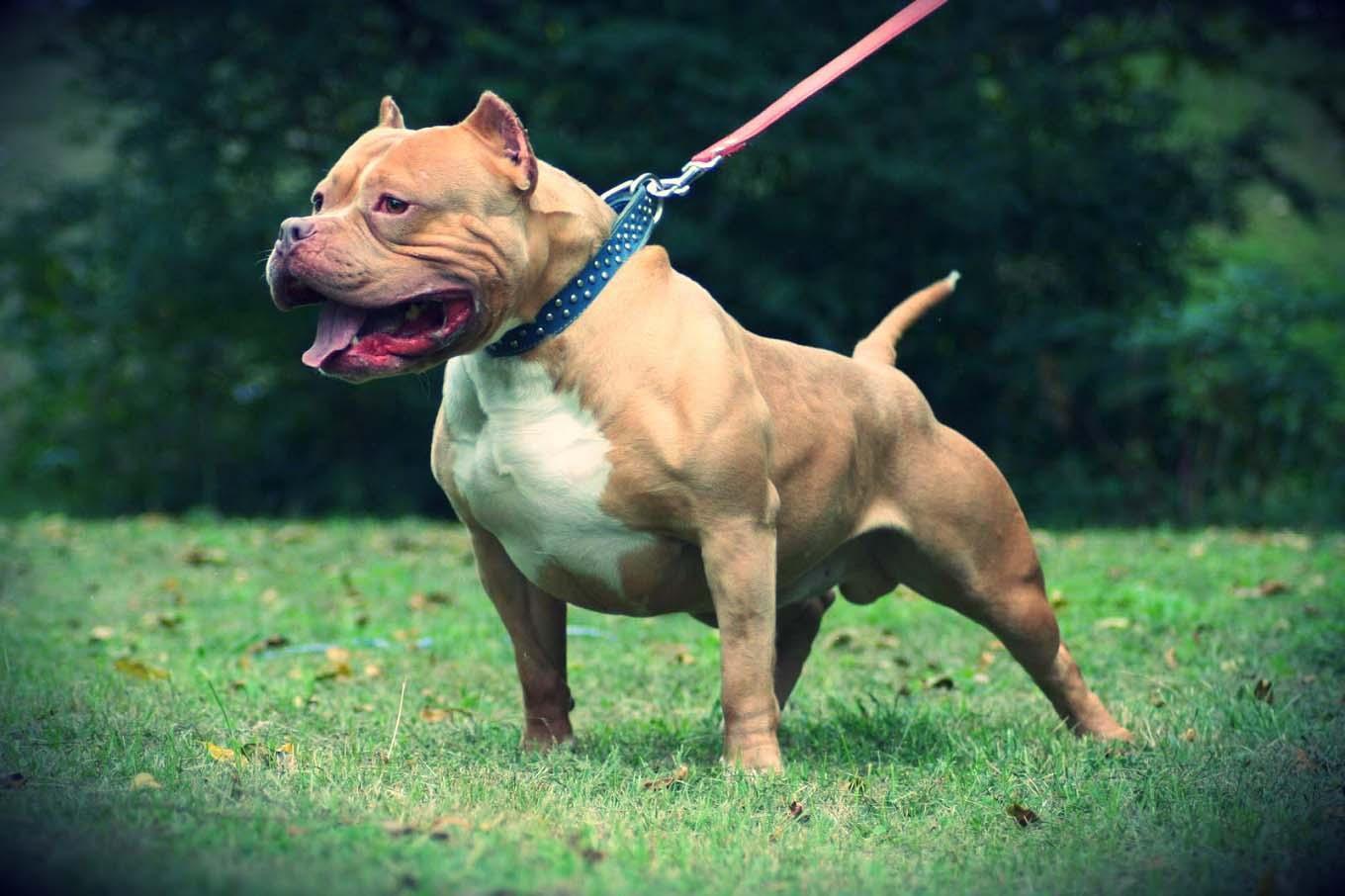 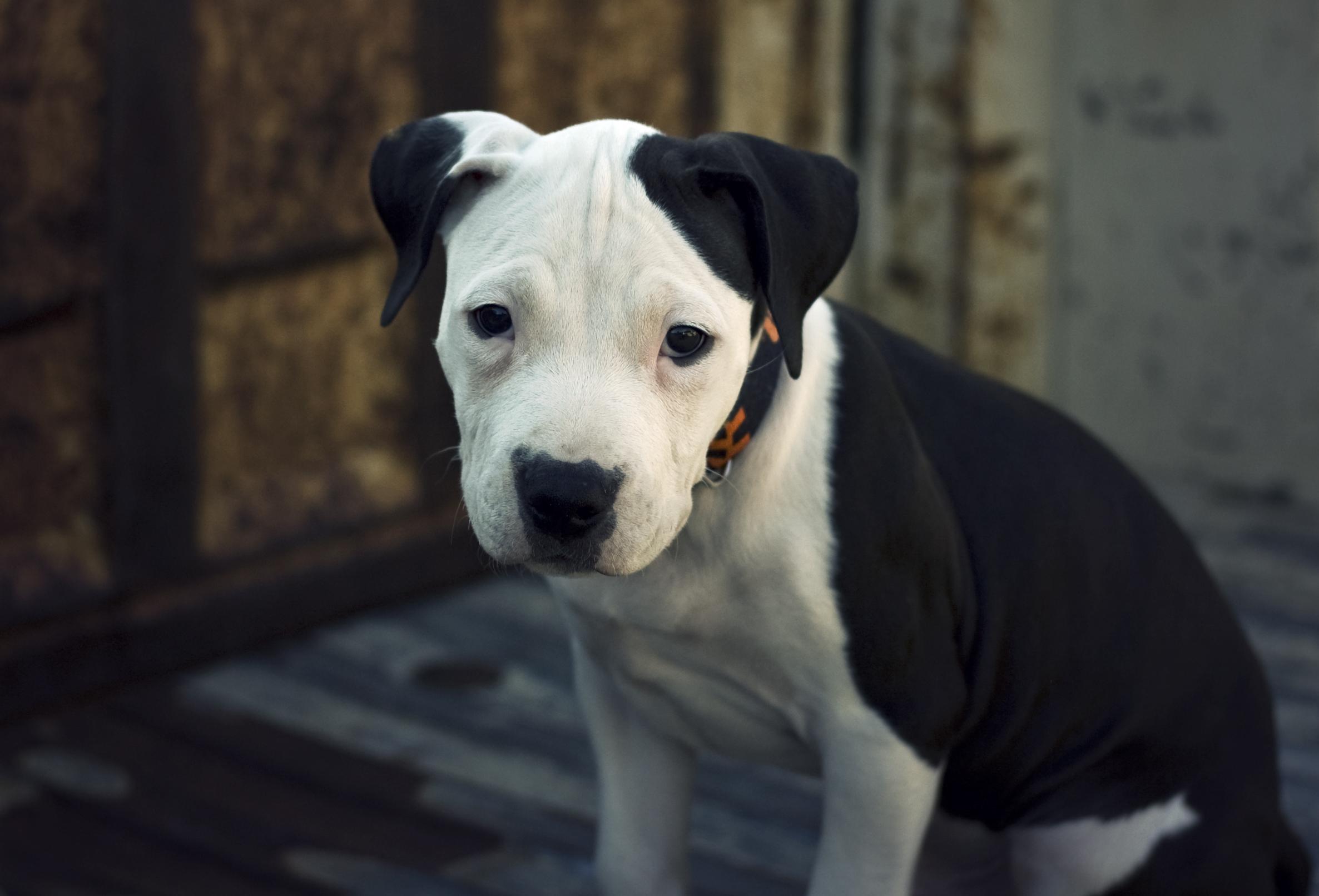 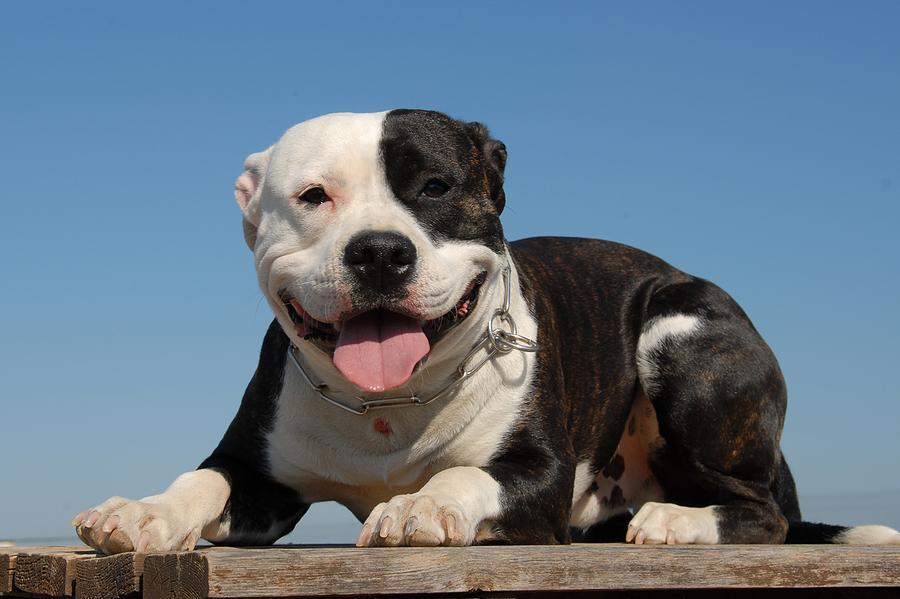