How Many Puppies Can a German Shepherd Have in One Litter

The German Shepherd is one of the most popular large dog breeds that we can find. It is a dog with a special character and it's very willing to be trained. It's also obedient, besides being an excellent guard and the best family companion.

If you have chosen a female and if you're determined to get her pregnant or you've already done so, one of the most frequent questions that arises, especially when it comes to the first pregnancy, is the number of puppies that she will have. It's important to properly prepare the environment and help your pet wherever and whenever possible. In this OneHowTo article we explain how many puppies a German Shepherd can have in one litter and how to help your dog to have them.

You may also be interested in: How Many Puppies Can a Chihuahua Have?
Contents

Although the body of most animals operates synchronously and wonderfully, dogs are not machines. Therefore they do not always have the same number of pups. In addition, some factors may interfere with the amount of puppies present in the litter, which may vary according to:

It's the bitch who frees the number of eggs that will be exposed to fertilisation depending on factors such as size and heritage, thus the myth that a dog is a stud and that depends solely on the male for the amount of puppies is false. The number of puppies depends on the number of mature eggs that emerge from the ovaries, the day the sexual intercourse is done and then, of course, the fertility of the male dog.

Besides, German Shepherds with pedigree tend to have fewer puppies than those that do not have such a pure lineage or care.

How many puppies do German Shepherds usually have?

We must bear in mind that the German Shepherd is a large breed, so the ovaries have the capacity to produce more eggs and the uterus has more space to store the puppies, which means that they usually have large litters.

A German Shepherd which does not have a pedigree lineage usually has between 7 and 9 puppies, while those with pedigree lineage often pop out between 4 and 6 puppies. It is essential to note that this is not a standard because many factors interfere with the formula. There may be bitches that have more or even fewer puppies than indicated here.

Once your dog has had them

It is essential to respect the time of birth and the first hours in which both puppies and your dog are together. Remember that dogs are highly olfactory, so you should not bathe your dog after giving birth or you could remove its natural odour and thus confuse the puppies. However it is useful to carefully clean the dog basket and wipe it with a damp cloth that has been dipped in warm water. Then dry it with some towels and return it to those puppies.

During the first 12 hours, your bitch will not want to eat, but it is important to give her plenty of fresh water to keep her hydrated. When the animal regains its appetite, it must have at its disposal nutritious food.

German Shepherd puppies should not be separated from the mother before 8 weeks. This could affect their learning and development. The recommendation, in fact, is to wait until 10 weeks to give them a new home.

If you want to read similar articles to How Many Puppies Can a German Shepherd Have in One Litter, we recommend you visit our Pets category.

How Many Puppies Can a Labrador Have
How Many Puppies Can a Maltese Dog Have?
What Are the Pros and Cons to Having a German Shepherd
How to Choose a Dog from a Litter
Most read
1.
Why Is my Dog not Eating after Giving Birth?
2.
Home Remedies For My Dog's Cough
3.
What Are The Symptoms Of A Female Dog In Heat
4.
How to Know if your Pit Bull Is Purebred - Foolproof Traits
5.
How To Check A Dog's Fever
6.
What to Feed a Dog with an Upset Stomach
7.
How to Raise my Dog's Low Platelet Count
8.
What To Do If Your Dog Doesn't Chew Its Food

3 comments
James
31/05/2018
I have a med size female German shepherd purebreed and also have a large male they had 11 pups yesterday and she is a 1 yr old,she is a wonderful mother i can't believe the pups are all healthy and doing great i hope they keep it up.

If your dog has had puppies before, it is unlikely to directly affect how many they will birth in the future. The health of the dog, their age and breed and the time of year are more important factors.
Lillian
03/12/2017
Our male is about half a year older than our female, and he only had two littermates, while our female had about seven or eight. They are both purebred straight-back German Shepherds, and we'll probably breed them when our female is a little over two years. I was wondering what the most likely number of pups this would give us?
Savannah
30/03/2018
About 2 to 4 pups if the dad is only young
How Many Puppies Can a German Shepherd Have in One Litter 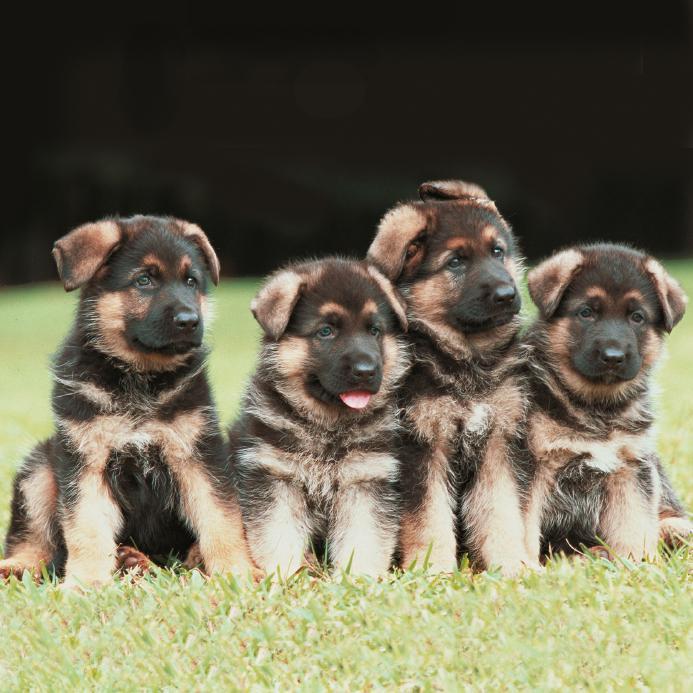 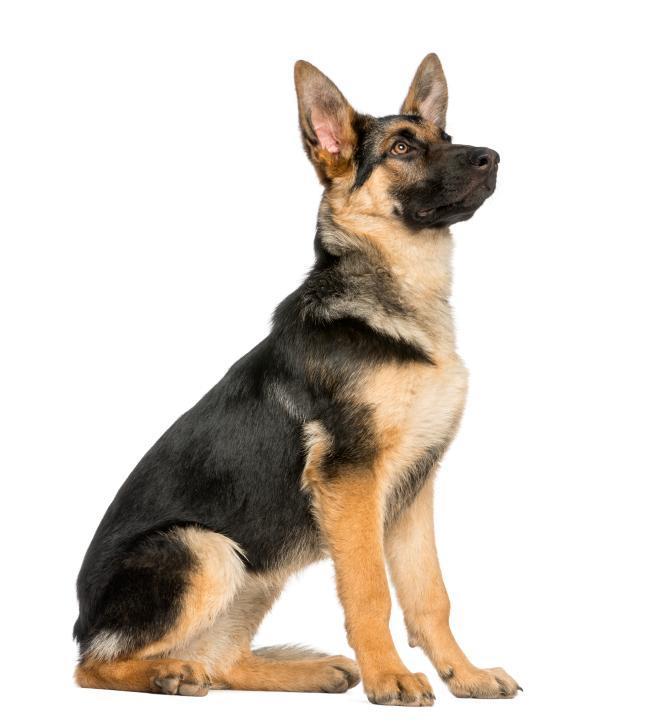 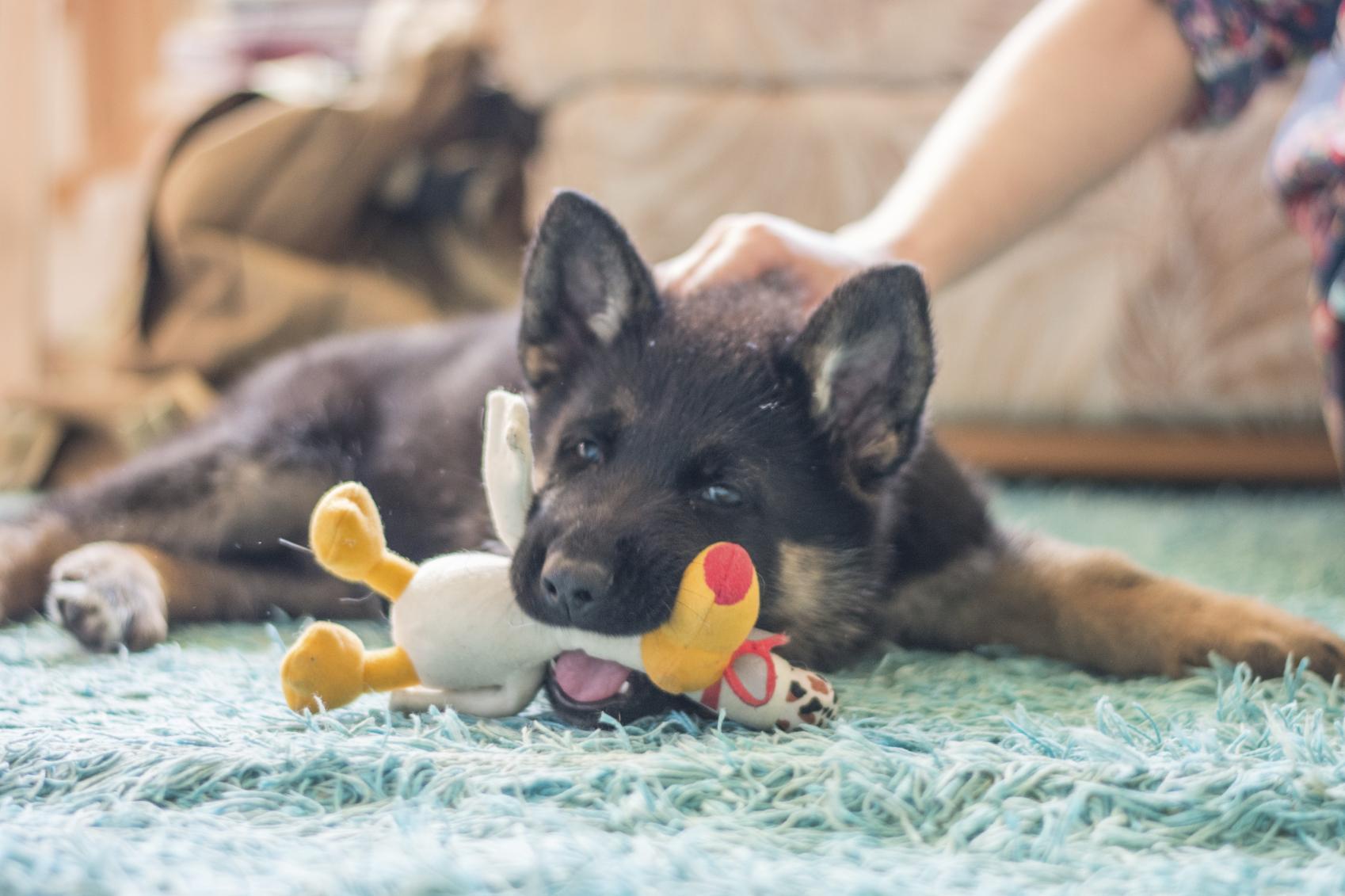