How Do Bees Make Honey From Pollen - Types of Honey

Bees are social insects that live in large groups of up to thousands and that work together to ensure the survival of the hive. Each of the bees has a specific task within the honeycomb or hive. The worker bees are responsible for feeding the wash, building or repairing the combs, and collecting nectar and pollen from flowers to make honey, royal jelly, wax, and propolis. But how is honey actually made?

In the following oneHOWTO article, we explain how bees make honey.

You may also be interested in: Why Do Roaches Die Upside Down?
Contents

How do bees make honey?

Honey is a sweet, viscous food produced by honeybees and is one of the most sought-after natural foods on our planet. Humans and other creatures, such as bears and badgers, feed on the honey produced by bees. Honey also contains properties that allow it to be stored for years. Thus, thanks to its reserves, its creators can remain safe while winter forces them to stay in the hive or summer dries up the flowers from which they extract nectar and pollen. The process is as follows:

What do bees produce?

As mentioned earlier, bees take nectar from flowers and process it in their bodies into the sweet product that is so popular around the world. However, bees are also capable of producing other products such as wax, propolis, royal jelly and pollen. We explain more about them below:

Honey is the main food of bees. As mentioned earlier, it is a substance pre-digested by bees and extracted from flower nectar. This sweet-tasting food is consumed by the bees during difficult times for them, such as winter and midsummer. But it is also consumed in smaller quantities during the rest of their lives, from larval period to sexual maturity.

Wax is a natural wax produced by honey bees. The wax is secreted by the wax glands that the lower bees have in their abdomen. After it solidifies in the sacs under the glands, it is processed in the mouths of the bees and then transformed into the hexagonal cells that, when joined together, form the diaper.

Bee pollen is a mixture of flower pollen, nectar, enzymes, honey, wax, and bee secretions. Bee pollen serves as a food source for bees and is carried by the bees on their legs to the hive, where they store it. Propolis

Propolis are resinous substances that bees extract from trees. These substances are used by bees to strengthen honeycombs and repair areas damaged by weather or animals. Propolis, in turn, is used by bees as a natural antibiotic and prevents the proliferation of fungi in the combs and in their bodies.

Royal jelly is the only food consumed by the queen bee from her larval stage to her sexual maturity. This liquid is also generally given to the bee larvae once they are adults. When they are not queen, they become hive workers and feed on honey and pollen for the rest of their lives.

Royal jelly is a sticky mixture of two types of secretions produced by worker bees. This mixture is rich in growth hormones, proteins, fats, vitamins, minerals, and sugars sufficient for healthy development of larvae and queen bees.

what do bees eat

The diet of bees is not very varied, but the few foods they eat are as important for them as for the rest of life on our planet. In fact, they are considered the most important animal in the world, although bees are unfortunately threatened with extinction today. A beehive in its natural habitat feeds on 4 unique elements:

Honey is one of the bees' main foods, but they consume it only at times when it is very dangerous to leave the honeycombs, such as in winter or midsummer. Nectar and flower pollen, on the other hand, are their usual food, at least for the worker bees that have to go in search of it. The bees that stay in the hive and perform other tasks eat the stored honey and pollen brought by the other bees.

Bee larvae and the queen bee of the hive eat royal jelly, which is an exclusive food. This food is a sticky substance secreted by the worker bees, which they use to feed the larvae to accelerate their growth. It is also the only thing the queen bee will eat for the rest of her life.

Honey is rich in healing properties, not by chance it is used in many types of home remedies. Various kinds of honey can be produced depending on the pollen collected by bees. This is because the nectar of each flower is unique and has different properties. These are the most famous known types of honey:

Heather honey, like all other natural honeys, begins its process in the thorax of the bees. After they release the nectar of the heather flowers. Its mahogany color can be recognized by its dark tint and its taste is slightly bitter. This type of honey is used by people to treat various diseases such as cystitis, water retention and kidney stones. Others use it to combat heart problems such as arrhythmias, angina and even heart attacks.

Thyme honey is a single-flowered variety, which means that it consists of only one nectary. It is characterized by its reddish or dark amber color and intense flavor. This type of honey is used to treat respiratory diseases such as asthma, pharyngitis, cough and others. On the other hand, it is also used to regulate blood pressure and digestive problems.

Oak honey is obtained from the nectar of the fruit, which is released by the bees for later processing. To distinguish this type of honey, you must pay attention to its dark, almost black color and its malt flavor, which contains little sugar. Oak honey is recommended by naturopaths to fight anemia thanks to its high iron content. But it is also used in respiratory diseases such as asthma and bronchitis.

Rosemary is another plant used by bees to extract honey. They extract the nectar of its flowers to obtain a thick, light amber honey with a sweet taste and the unmistakable aroma of rosemary. This type of honey is used to combat indigestion and heaviness. In addition, its properties help cleanse the liver and heal stomach ulcers.

Read this article if you want to know more about this product and how to tell if it is pure natural honey.

If you want to read similar articles to How Do Bees Make Honey From Pollen - Types of Honey, we recommend you visit our The Animal Kingdom category.

Are Bats Mammals?
What Do Hedgehogs Eat?
Names of Female Animals and their Young Ones
What Are Ovoviviparous Animals
Most read
1.
What Are The Symptoms Of A Female Dog In Heat
2.
How to Raise my Dog's Low Platelet Count
3.
What to Feed a Dog with an Upset Stomach
4.
Home Remedies For My Dog's Cough
5.
Why Is my Dog not Eating after Giving Birth?
6.
How to Make a Dog Drink Water when Sick
7.
How to Know if your Pit Bull Is Purebred - Foolproof Traits
8.
What To Do If Your Dog Doesn't Chew Its Food

How Do Bees Make Honey From Pollen - Types of Honey 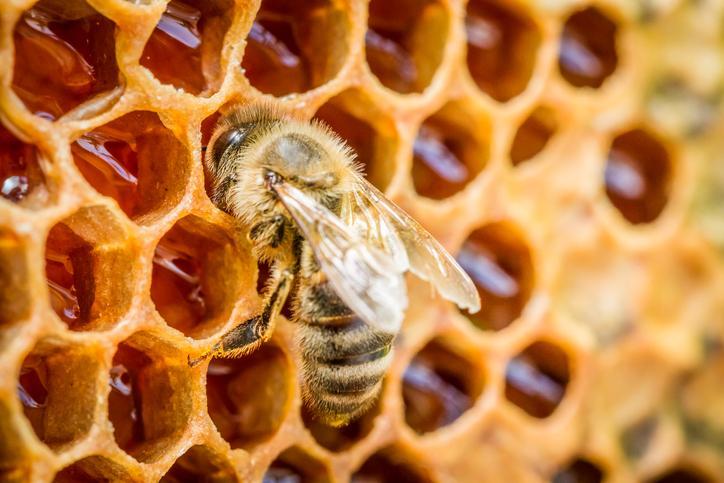 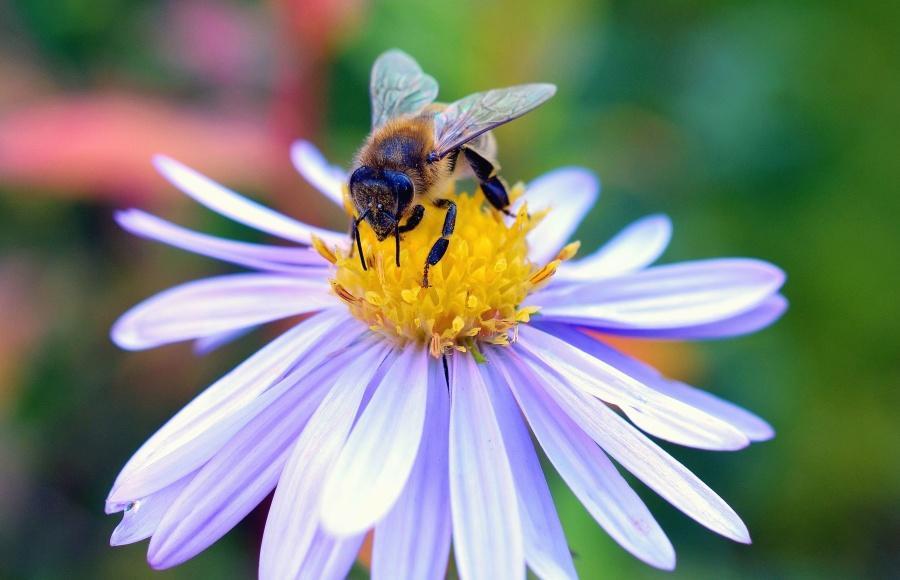 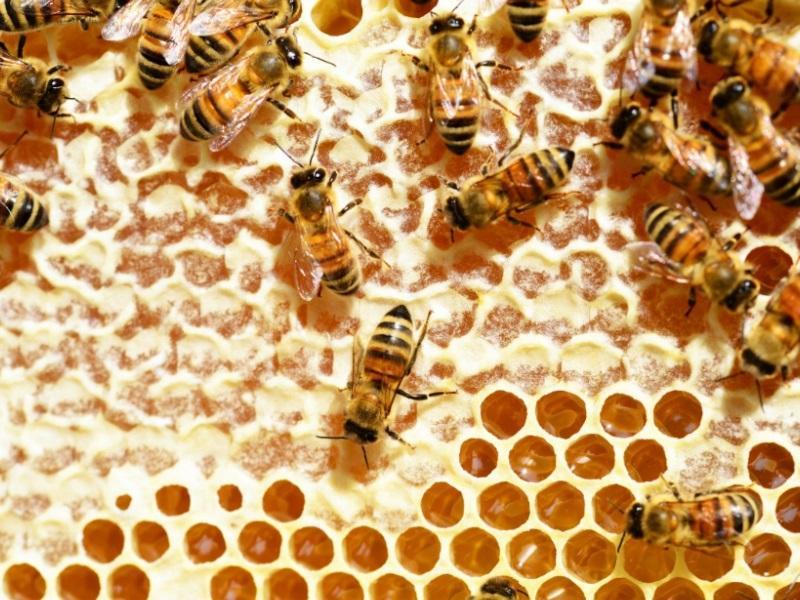 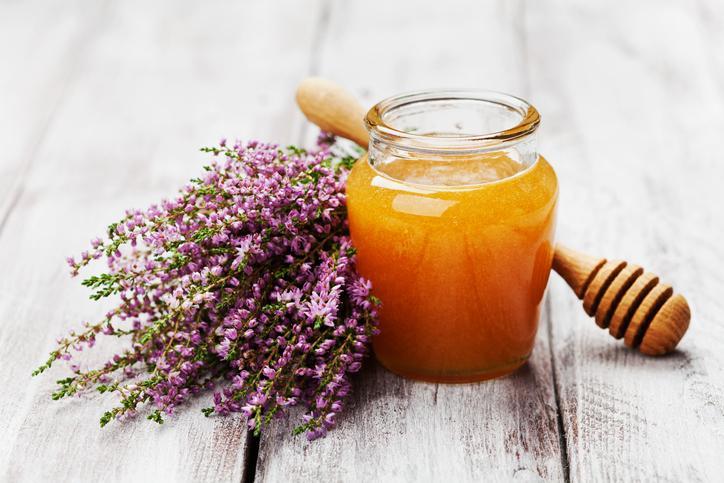