Why Do Roaches Die Upside Down?

It is said that one of the few animals which will survive a nuclear winter is the cockroach. Whether this is actually true is dependent on various factors, but it is certainly try that roaches have a great resistance to death. They are capable of surviving in adverse and extreme environmental conditions. Not only can they survive for days without food, they can even survive for a relatively long time after being decapitated. Cockroaches have been around for over 350 million years and are present all over the world, maintaining their species while many others have fallen away.

With such hardiness, it means they can be difficult to kill. If you do manage to get one, you may see that cockroaches tend to die on their backs. It is a strange occurrence, strange enough for oneHOWTO to ask why do roaches die upside down?

You may also be interested in: What Do Hedgehogs Eat?
Contents

Many people step on cockroaches when they see them to kill them. Whether it is out of disgust, fear or hygiene, it is often an instinctual reaction as we want to get rid of them as quickly as possible. Although it might be your first thought, we recommend you do not step on cockroaches when you see them. You may be able to kill them, but they can secrete harmful waste which is not good for your kitchen or wherever you discover them.

Cockroaches are very intelligent and show great adaptability to the world in which they live. For this reason, they play dead to scare away or mislead their predators. Since these insects are capable of playing dead, they often go on their back when they sense someone is around. Once the potential predator has escaped, they right themselves and move away to safety.

Do cockroaches die on their backs?

There are likely many times you have seen a cockroach on their back appearing to be dead. Once you go a little closer or even kick them with your foot, you may see a leg or an antenna twitch, implying they are still alive. Some may even flip around and scuttle away.

For this reason, many of the ‘dead’ roaches we see aren't actually dead at all. Since we know they can play dead, do cockroaches actually die on their back?

Cockroaches do often die on their back, but not all the time. In nature, cockroaches are most likely to die in pieces being chomped by a predator that uses them as food. Others may simply be tramped upon or die due to climactic issues. It is possible for cockroaches to die of natural causes, i.e. dying of old age. In these cases, the roach may die upside down after slowly passing away.

The reason why we often see cockroaches die upside down is because we are the ones that kill them. Since we use insecticides to kill cockroaches, we spray the insect and the chemicals cause the nervous system to collapse and the muscular system reacts accordingly. Their joints atrophy and they flip on their back.

Another reason cockroaches die on their back is because we use aerosol insecticides. When we spray the bug, the force of the emission flips them over. This commonly happens on smooth or hard floors which we find in our homes.

Rather than killing them, a better course of action is to repel these bugs. Find out how with our guide to keeping cockroaches out of your house.

Other facts about cockroaches

Now we know the reasons cockroaches can die upside down, we may want to learn a little more about these fascinating creatures. This is why we provide these fun facts about cockroaches:

If you want to read similar articles to Why Do Roaches Die Upside Down?, we recommend you visit our The Animal Kingdom category.

What Are Ovoviviparous Animals
How Do Bees Make Honey From Pollen - Types of Honey
How to treat a snake bite in the wild in India
Names of Female Animals and their Young Ones
Most read
1.
What Are The Symptoms Of A Female Dog In Heat
2.
Why Is my Dog not Eating after Giving Birth?
3.
Home Remedies For My Dog's Cough
4.
How to Know if your Pit Bull Is Purebred - Foolproof Traits
5.
What to Feed a Dog with an Upset Stomach
6.
What To Do If Your Dog Doesn't Chew Its Food
7.
What Are The Symptoms Of Colds In Dogs
8.
How To Tell If A Cat Is Male Or Female

Why Do Roaches Die Upside Down? 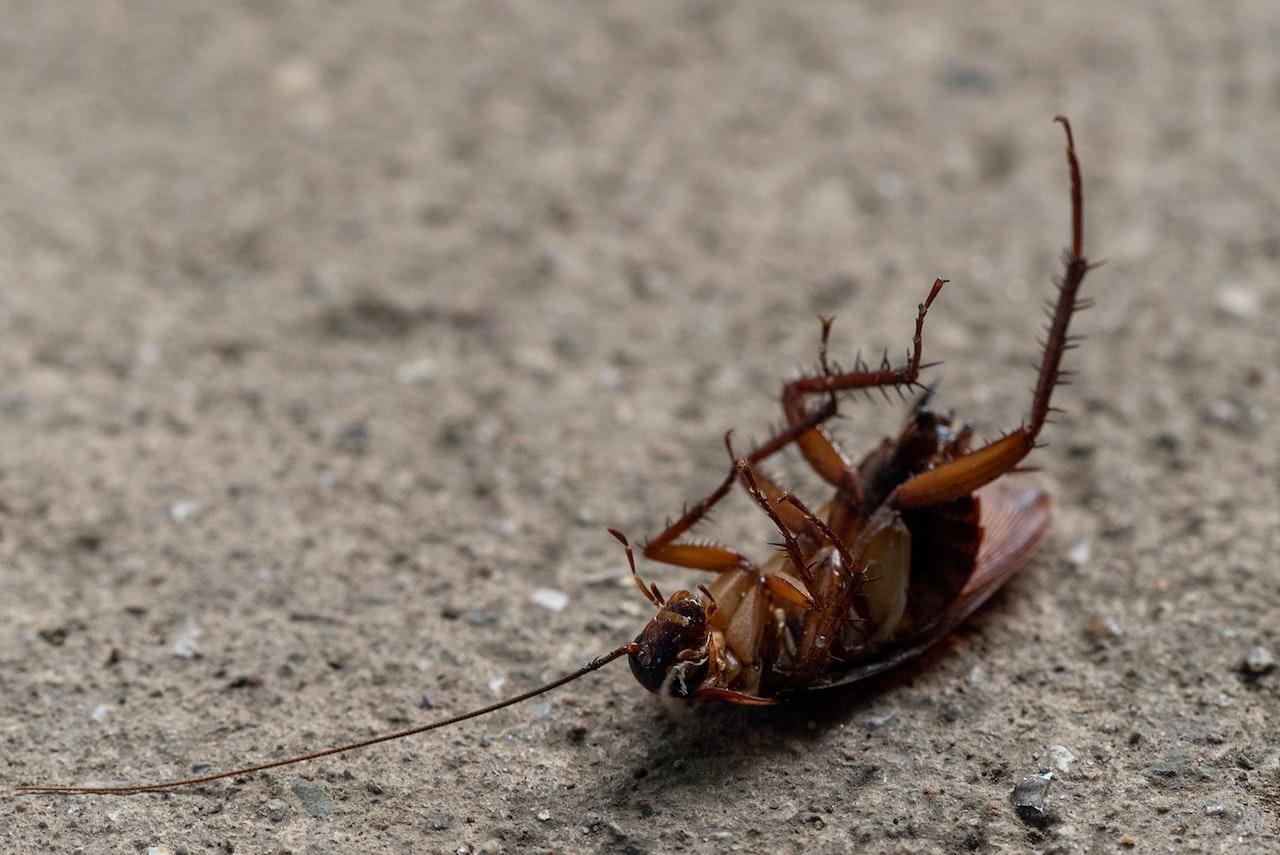 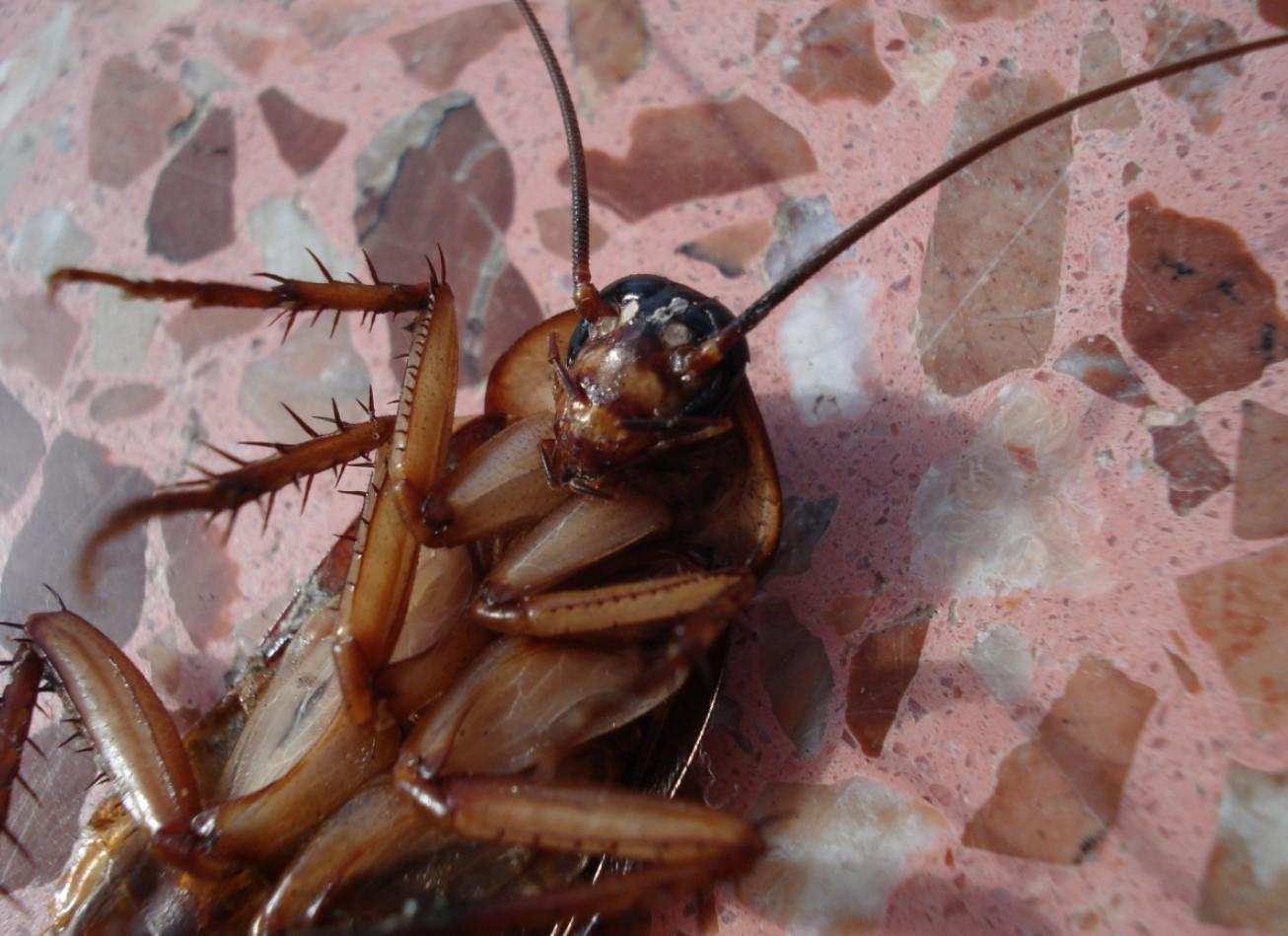 1 of 2
Why Do Roaches Die Upside Down?
Back to top