How Do Cats in Heat Behave? 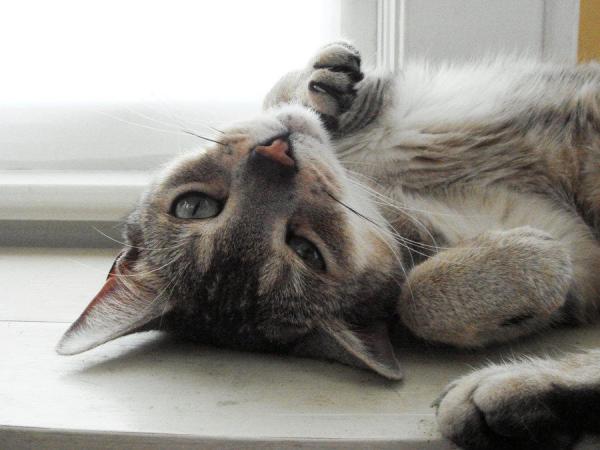 If you live with a cat and you have decided not to neuter them, your pet's altered behavior when in heat may surprise you. It is important to know and understand this process and the related behaviors before your cat reaches sexual maturity so you can work around the cat during these sensitive days.

Even if you sterilize your cat, they will have to be in heat at least once, so it is equally useful to read through this oneHOWTO article on how do cats in heat behave.

You may also be interested in: How to Help Female Cats in Heat
Contents

When do cats go into heat?

Before learning how do cats in heat behave it is important to know when do cats go into heat so that you don't mix up the symptoms. Male cats reach sexual maturity when they are 8 to 12 months old, and their reproductive age ends at around 7 years old. Female cats are in their reproductive age between 7 to 9 months old until they are around 8 years old. It is important that female cats do not mate before ten months old, as they may not be fully mature yet.

The season of greatest reproductive activity for cats is spring, but they may breed at any time of year. Cats can go into heat at different periods, which vary from one breed to another and also depend on environmental conditions and the physical state of the animal. A Siamese cat, for example, can have up to four heat cycles in a year whilst other breeds will have only two annual cycles.

What is the difference between domestic and feral cats?

Female domestic cats living in an apartment or in a house can mate and breed at any time of year.

On the other hand, female cats that roam freely in the outdoors - consider farm cats, for instance - follow a common heat cycle pattern with feral and wild cats. Farm and free-roaming female cats are quite likely to have litters in the early spring and/or midsummer.

What are the different phases of heat in cats?

There are three distinguishable phases to a cat's heat or estrous cycle:

You may be interested in learning how to know if your cat is pregnant and how long is the pregnancy of a cat.

Do male cats go into heat?

Male cats do not follow estrus or heat cycles like female cats do, so they do not behave differently. Tomcats can mate and breed at any time of the year as long as they have reached sexual maturity.

How does heat affect male cats?

When cat owners breed their cats on purpose, they prepare their pets for mating. Usually, female and male cats meant to breed are kept in the same place for several days separated by a fence or net. This way, they get used to one another.

How do cats mate?

At the time of mating the male cat knows that the female is ready as she adopts a specific posture: bent backwards with the front legs bent and her tail turned sideways. In order to mate, the male cat mounts the female and copulation takes place; it ends when the female cat growls at the male, which is when they separate.

Do you have a cat in heat?

Remember if you have any doubts regarding your cat's heat cycle, how do cats in heat behave or whether to sterilize or neuter your pet or when to do it you should go to the vet for more specific advice.

If you want to read similar articles to How Do Cats in Heat Behave?, we recommend you visit our Pets category.

How Often Are Cats In Heat
Where Do Cats Sweat?
How To Know If A Cat Is In Heat
How to Know if my Cat Is in Heat or Pregnant
Most read
1.
How and What to Feed a Baby Bird
2.
How To Identify Snake Eggs Properly
3.
How to Care for and Raise a Baby Sparrow
4.
How to Raise my Dog's Low Platelet Count
5.
How To Tell If A Cat Is Male Or Female
6.
How to Know if your Pit Bull Is Purebred - Foolproof Traits
7.
What Are The Symptoms Of A Female Dog In Heat
8.
How to Care for an American Bully Dog

How Do Cats in Heat Behave? 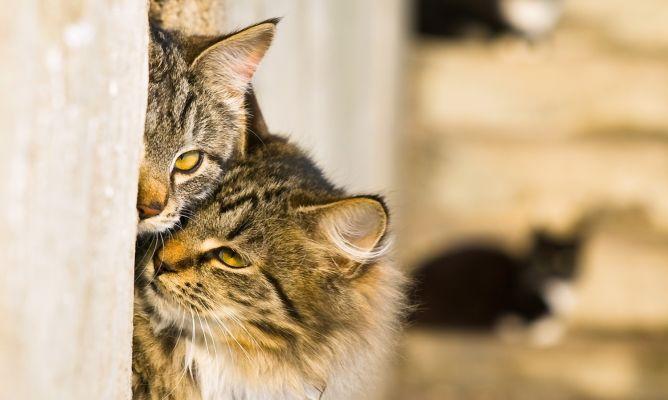 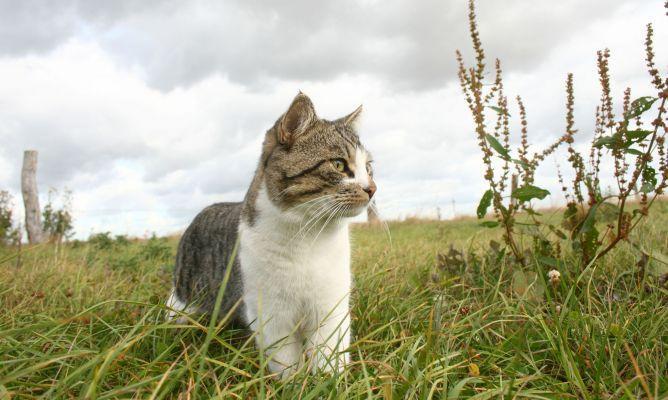 Image: hogarutil.com
1 of 3
How Do Cats in Heat Behave?
Back to top