What Are The Symptoms Of A Female Dog In Heat

Those who want to breed their pet and those that definitively do not want their female dog to reproduce should be familiar with their animal's reproductive cycle. This is something that is not always easy to determine if you do not pay attention, so at OneHowTo, we'll give you some keys to knowing what are the symptoms of a female dog in heat and how to be prepared for it.

The great mystery begins with knowing when your dog will have its first heat, which depends on the size and breed of your dog. In small breeds, female dogs begin to have heat cycles between six and nine months, while in larger breeds, this occurs between nine months and one year.

It's also important to know when your female dog will have her next heat to prepare everything so your dog feels comfortable during those days. You should know that there are not exact patterns that can help you know when the next heat will occur as each animal has its own heat cycle, which can also vary, and it will not occur exactly six months after the first. Each animal has her own particular cycle, which is affected by factors such as food and environment. A vet can help you calculate when a dog is in heat, but it will always be an approximation.

Proestrus is the period before actual heat and can last between 6 and 11 days. During this period, bleeding occurs, this alerts owners so they know that the heat cycle is near. If your dog has long hair and washes constantly it may be difficult to notice bleeding. During proestus you may also see how your dog tucks her tail between her legs.

The cycle of a dog in heat last between 15 and 25 days. Dogs are not fertile throughout this entire period, only in the stage known as oestrus, when they are ovulating, can they be fertilized by a male. This period lasts about four days and is preceded by proestrus.

During the oestrus stage,your dog's attitude will change, indicating to you that something is happening. She will be more restless and want to go outside more, urinate more often to spread her pheromones and maintain an open but also aggressive attitude towards male dogs and even towards you.

If your dog does not mate or does not become pregnant, she will enter the dioestrus phase, during which progesterone is removed from the body and all the symptoms will slowly fade away. After a few months, the process repeats itself. It is important that you know how to keep your dog from having a psychological pregnancy in order to prevent this from happening.

Veterinarians recommend crossing female dogs after the second heat cycle, when the animal has reached greater reproductive maturity. It's best to talk to your vet so he or she can guide you on when is the best time for your dog to get pregnant.

If your dog gets pregnant, you should know that the gestation period for dogs is between 58 and 68 days. The first half of the pregnancy is the one that allows the formation of the puppies, creating their organs, muscles and bones; this period lasts for 6 weeks.

If your dog is pregnant, you should take some essential care indications into account so your pet is totally comfortable during her pregnancy. For example, during this period it's vital to look after your pregnant dog eats, give her plenty of exercise and take her out for longer walks.

During pregnancy, female dogs are more sensitive so give her lots of affection and attention so she feels looked after. At OneHowTo we give you some tips so you know how to care for a pregnant dog step by step.

If you want to read similar articles to What Are The Symptoms Of A Female Dog In Heat, we recommend you visit our Pets category.

What are the Symptoms of Gastritis in Dogs
What Are The Symptoms Of Anxiety In Dogs
Signs And Symptoms Of Dog Poisoning
How To Treat Heatstroke In Dogs
Most read
1.
How to Raise my Dog's Low Platelet Count
2.
What to Feed a Dog with an Upset Stomach
3.
Home Remedies For My Dog's Cough
4.
Why Is my Dog not Eating after Giving Birth?
5.
How to Make a Dog Drink Water when Sick
6.
How to Know if your Pit Bull Is Purebred - Foolproof Traits
7.
What To Do If Your Dog Doesn't Chew Its Food
8.
What Are The Symptoms Of Colds In Dogs

5 comments
Rating:
Lee Cannon
03/03/2022
My 3 month old puppy appears to be in heat. She's bleeding a lot, more aggressive towards my male puppy. Vets have tested her for everything and she is healthy. Is it possible to be in heat at 3 months?

Rating:
Linda Demars
09/06/2021
What poundage do you consider small or large? You don't mention medium size. My female was fixed but our male keeps smelling her and then tries to mount her. I've been wondering what kind of job they did when they fixed her. Maybe they didn't and she's going into heat.
Rating:
Lynn Aycock
26/08/2020
my dog has gone through the bleeding cycle. How much longer will my male dog try to mount her or continue to pester her to the extent I have to separate them
lenora shamhart
07/04/2022
how long will she bleed and ,keeps licking herself. I also have two male dogs that have been fixed and he is licking her all the time, she lays on her back a lot for them. how soon will she get happy to be with another dog and mate with him?
Rating:
Robinette Slocum
03/08/2020
How long between in heat for female dogs
Rating:
Julie Costen
03/09/2016
Thought Lucky our 8 Month old was swollen down below, thought she was coming into heat, she started bleeding, will be 3 weeks Tuesday 6 September.

Apart from her swelling reduced down below how do I know apart from no more bleeding, she is out of heat?

Just want to be able to take her out, she has just became more loving, whilst she is in heat.

OneHowTo Editor
05/09/2016
Proestrus, the time when you'll notice bleeding lasts from 7 to 10 days, whilst oestrus, the time when your dog will accept mating lasts from 5 to 15 days. In total your dog may be in heat (from the moment it starts bleeding) for 12 to 25 days.
You also may find this article useful: http://animals.onehowto.com/article/how-often-are-dogs-in-heat-2235.html
What Are The Symptoms Of A Female Dog In Heat 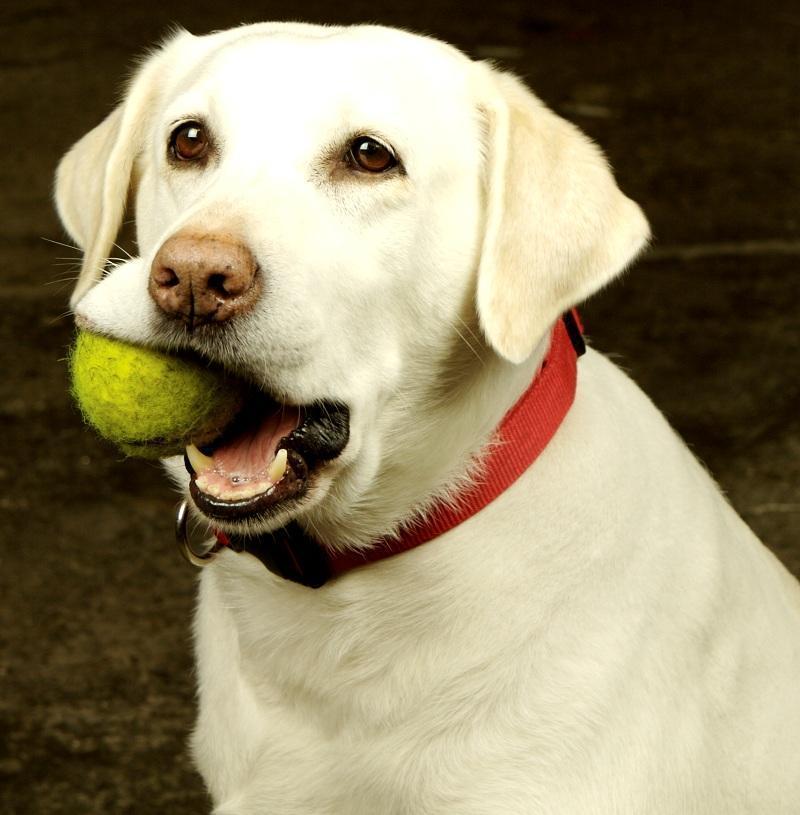 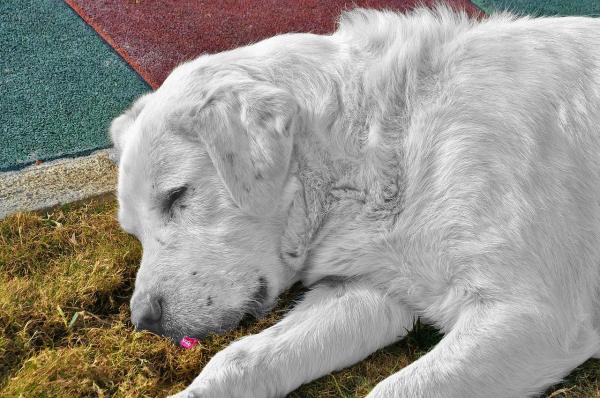 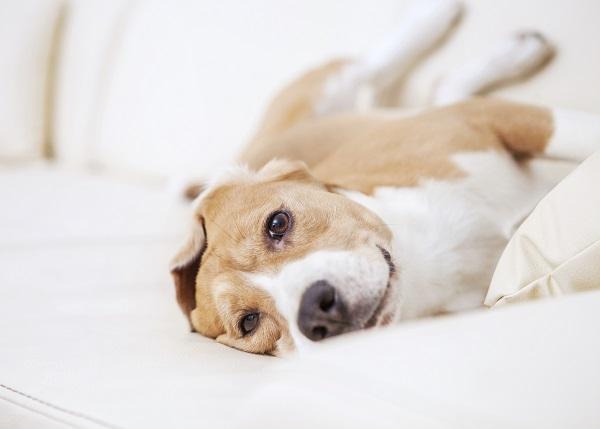 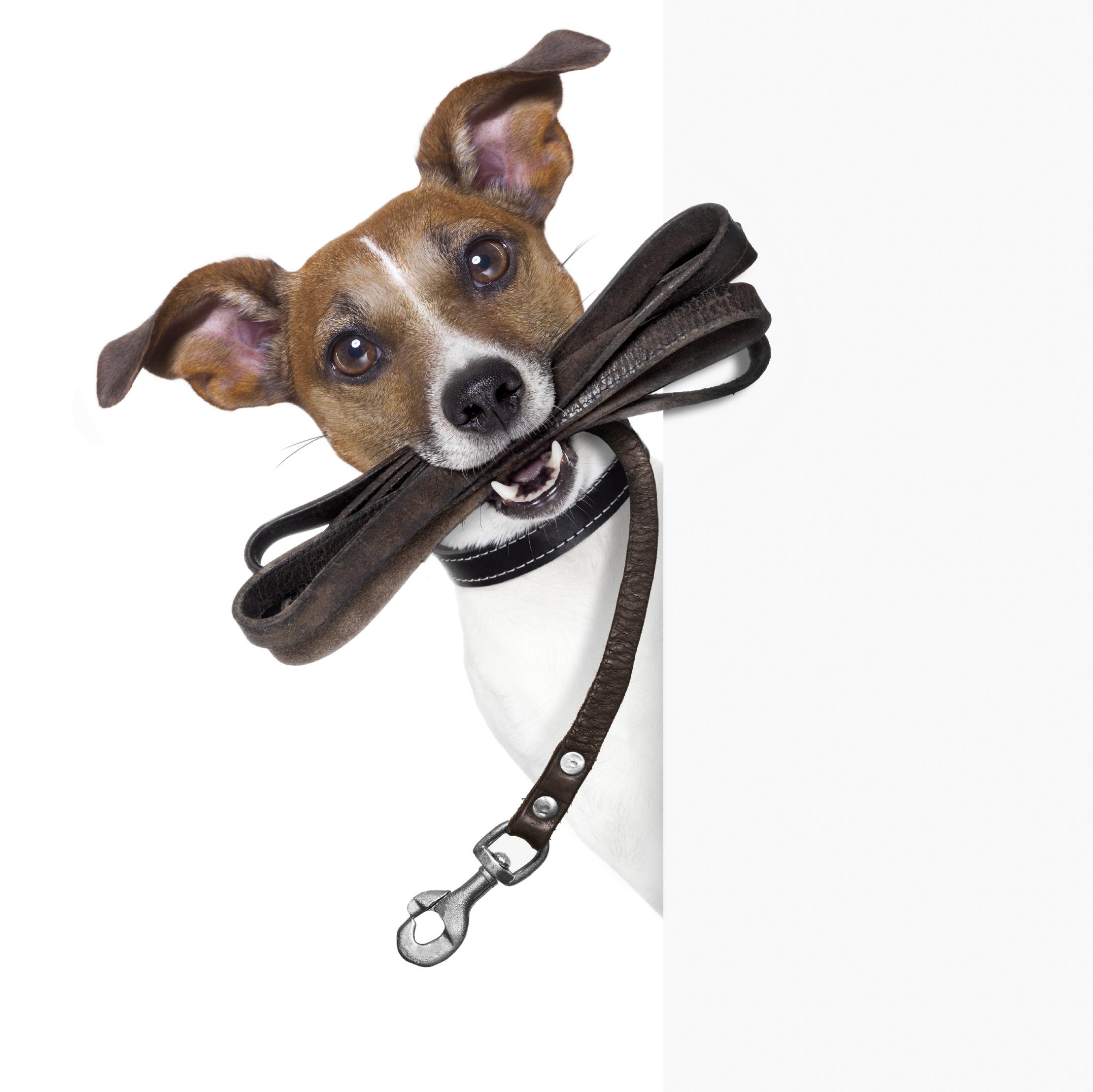