Why is My Rabbit Aggressive?

Sharing our lives with an animal can be a most rewarding experience. However, just like our human roommates, we might find that living together can cause friction in our relationship. Unfortunately, unlike their human counterparts, animals can't tell us verbally what the problem is. When it comes to rabbits, their aggression might seem out of the blue. It is not believed rabbits are genetically predisposed to aggression. It is most likely either due to something in their environment or to a hormonal change in the rabbit's development. it is possible to help change a rabbit's behavior, so as oneHOWTO answers the question why is my rabbit aggressive, we'll also show you ways you can calm them into happy and healthy little bunnies.

You may also be interested in: Why Is My Rabbit Shaking?
Contents

We are talking about rabbits here as pets. As rabbits in the wild are generally too timid to go near humans, it it very unlikely you will have an encounter with an aggressive wild rabbit. Rabbits need room to run around for exercise, but they also should be happy enough to live in a cage when unsupervised. Rabbits are also usually great pets for children. While they might be able to provide a nasty nip, whether aggressive or not, they will be unlikely to cause damage.

Rabbits are intelligent and most will be relatively docile, especially if they are educated and trained from an early age. They are also crepuscular. This means they are most active during dawn and dusk. They may snooze throughout the day, but usually they will sleep at night. This can make them good pets as it means their owners share a lot of awake time together.

A fact about rabbits related to aggression is the fact their teeth and claws never stop growing. If your rabbit doesn't have the right care and access to tooth sharpening materials, they won't only become aggressive, but they can cause a nasty wound if they bite you.

What causes aggression in rabbits?

Rabbit care is like any pet care, even when you think you are doing the right thing, you may end up antagonizing the critter. Getting to know what causes aggression in rabbits coupled with a strict dose of time and patience will help calm the bunny. This will improve both pet and owner quality of life, fostering a loving relationship which will be mutually appreciated. Here are some general causes for rabbits to become aggressive:

Rabbits are not born aggressive. Even if they are wild, they are almost always more defensive than antagonistic. Even if they are charging and nipping at your ankles, it is most commonly due to a hormonal or environmental change. Rabbits have cyclical behavior patterns, which means they repeat certain actions. The longer it learns these bad behaviors, the harder it is to reduce aggressive attitudes.

The good news is that they can indeed change their aggressive patterns, but the sooner you address the problem, the better. Like welcoming any pet into your family, it is very important to do your research first. Some of these methods for dealing with aggressive rabbits will be best done as preventative measures rather than waiting until a problem arises.

It is important to remember that your rabbit's aggressive behavior will not change of its own accord. The onus is on the pet owner to address these behavioral issues and bring it back to its happy self.

Spaying or neutering your rabbit

The first method for curing aggressive bunnies is one which should come as standard for bunny rabbit pet care (unless you are a breeder of course). Territorial rabbit behavior is a common symptom of sexual frustration and it can bite when it feels threatened. Their hormones can make them behave in a way which you may find surprising. They can even growl and try to attack you.

Spaying (for female rabbits) and neutering (for male rabbits) is your first port of call if you have a rabbit entering sexual maturity. Both are a simple routine operation which removes all or some of the sexual reproductive organs. While this may seem cruel on the surface, these are functions which are required for living in the wild. With domesticated animals, they will not need these functions and it will only lead to problematic behavior like aggression.

There are other positives to spaying or neutering your rabbit. It can increase their lifespan, meaning you and your rabbit can have a longer and happier life together. Neutering also reduces the risk of certain diseases such as ovarian cancer. It can make males more confident around other rabbits which promotes social interaction with other bunnies.

While we have been discussing the sometimes problematic relationship rabbits have with their owners, a happy rabbit will enjoy being petted and groomed by you. They are social creatures and can become very loving in the right circumstances.

If your rabbit's aggressive behavior has come from being petted incorrectly, then you will need to rethink how you go about it. One of the most tense times for a rabbit is when you open their cage or hutch door to interact with them. If you don't do it correctly, you might end up spooking the creature. Here are some steps to take:

It will likely take a few tries if your rabbit is particularly aggressive. It may even try to bite you, so make sure you have time and patience on your side. It might not happen the first time, but if you take into consideration the other factors in this article and devote time to it, you should see results. Stroking your rabbit from above is also important.

Even if we keep good hygiene, there are often smells on our hands which we may not even register, but sensitive bunny noses cannot bear. This is particularly the case when it comes to other animals. If you have other pets or have been near another animal, your rabbit could think it is in jeopardy. This is particularly the case if the animal is a predator for rabbits.

Not all rabbits will have a problem with these smells, but if your rabbit is aggressive and you can't work out why, it is a possibility. Make sure you clean your hands properly between petting another animal and petting your rabbit.

If your rabbit is aggressive due to another rabbit, it should be relatively obvious. They will attack each other, grunt more often and will usually be at opposite ends of a cage. If either one or other of the rabbits has not been neutered, then doing so should help calm them down. If they have been neutered, then you will need to make sure you take time and exercise patience.

Two rabbits living together will often take a little bit of time to get used to each other. Animals like rabbits have a social order, so one will want to be dominant. If you have a female and male rabbit together, then the male may seem dominant especially with repeated mounting. However, it is not uncommon for females to exert their own dominance. Their tolerance for certain male behavior will not always last forever.

Two males together are less likely to get along. This is unless they are from the same litter and were brought up together. Keeping buns from the same litter is ideal as they will mature together and have natural bonding. Otherwise two males are likely to show aggression to each other unless one is able to keep dominance. If you have two male rabbits which are not neutered and are unrelated, they are quite unlikely to get along. You should consider separate cages.

In saying this, you will also need to ensure their rabbit behavior is genuine aggression. Some rabbits will be in a process of bonding which involves a certain amount of boisterous behavior. This can include some grunting and nipping, but this is an important part of bonding. You will need to detect whether or not they are playing, bonding or fighting. Surefire signs of fighting are consistent attacks, loss of fur and even drawing blood.

Take your bunny to the vet

If you now know why your rabbit is aggressive and have treated these causes, you will still need to keep a high level of rabbit care. Fortunately, this is an easy and enjoyable task. While you are being careful not to aggravate the bunny, you will also need to give it lots of love. Pet them often and give it cuddles and attention when needed, peace when it is needed.

If you want to read similar articles to Why is My Rabbit Aggressive?, we recommend you visit our Pets category.

Why Does my Rabbit Spray Urine on me
How to Tell if my Rabbit is Male or Female
How to understand my rabbit
How Long Is A Rabbit Pregnant Before Giving Birth
Most read
1.
What Are The Symptoms Of A Female Dog In Heat
2.
How to Raise my Dog's Low Platelet Count
3.
What to Feed a Dog with an Upset Stomach
4.
Home Remedies For My Dog's Cough
5.
Why Is my Dog not Eating after Giving Birth?
6.
How to Make a Dog Drink Water when Sick
7.
How to Know if your Pit Bull Is Purebred - Foolproof Traits
8.
What To Do If Your Dog Doesn't Chew Its Food

1 comment
Rating:
Nevaeh
31/05/2019
This article was very helpful and now I know why my rabbit is aggressive
Why is My Rabbit Aggressive? 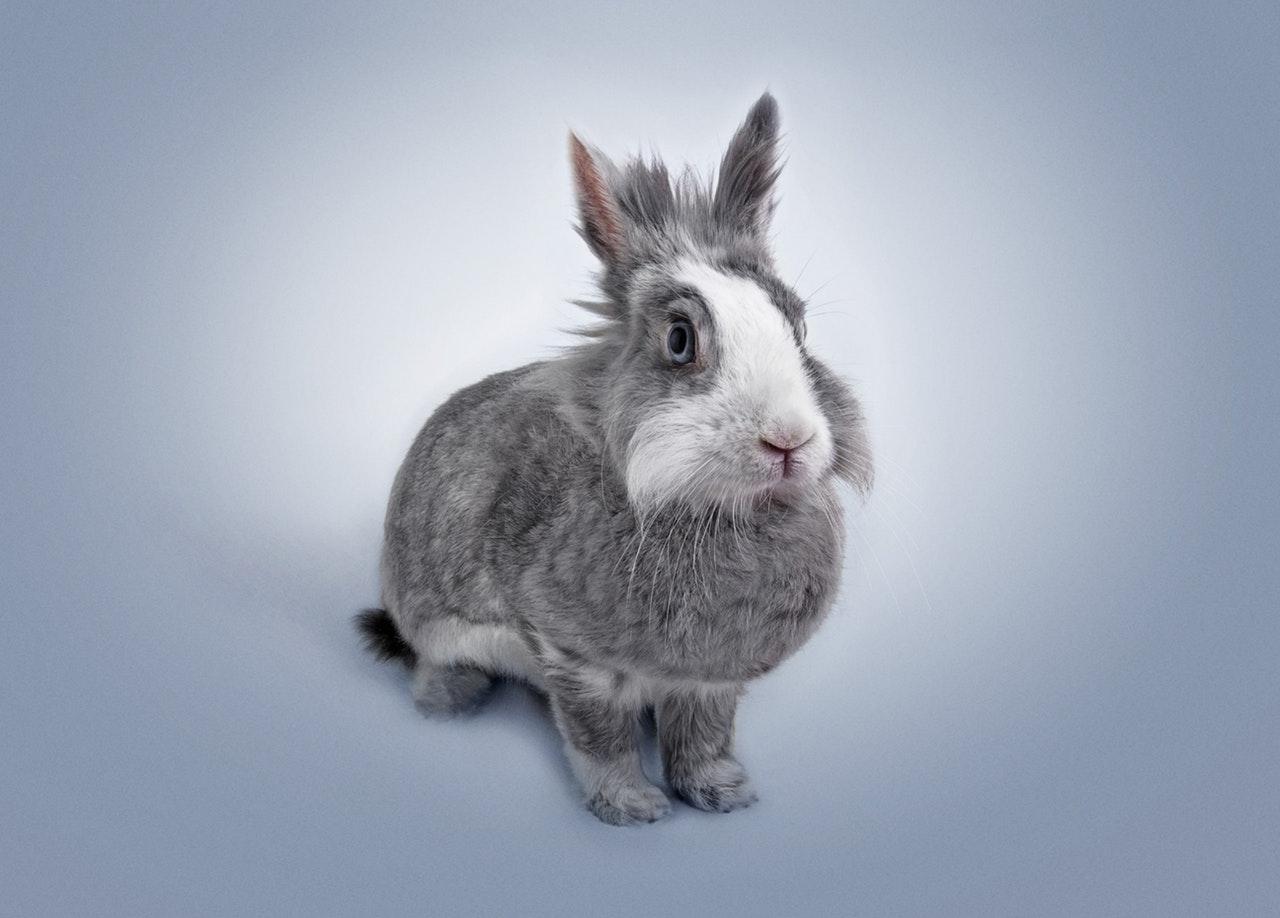 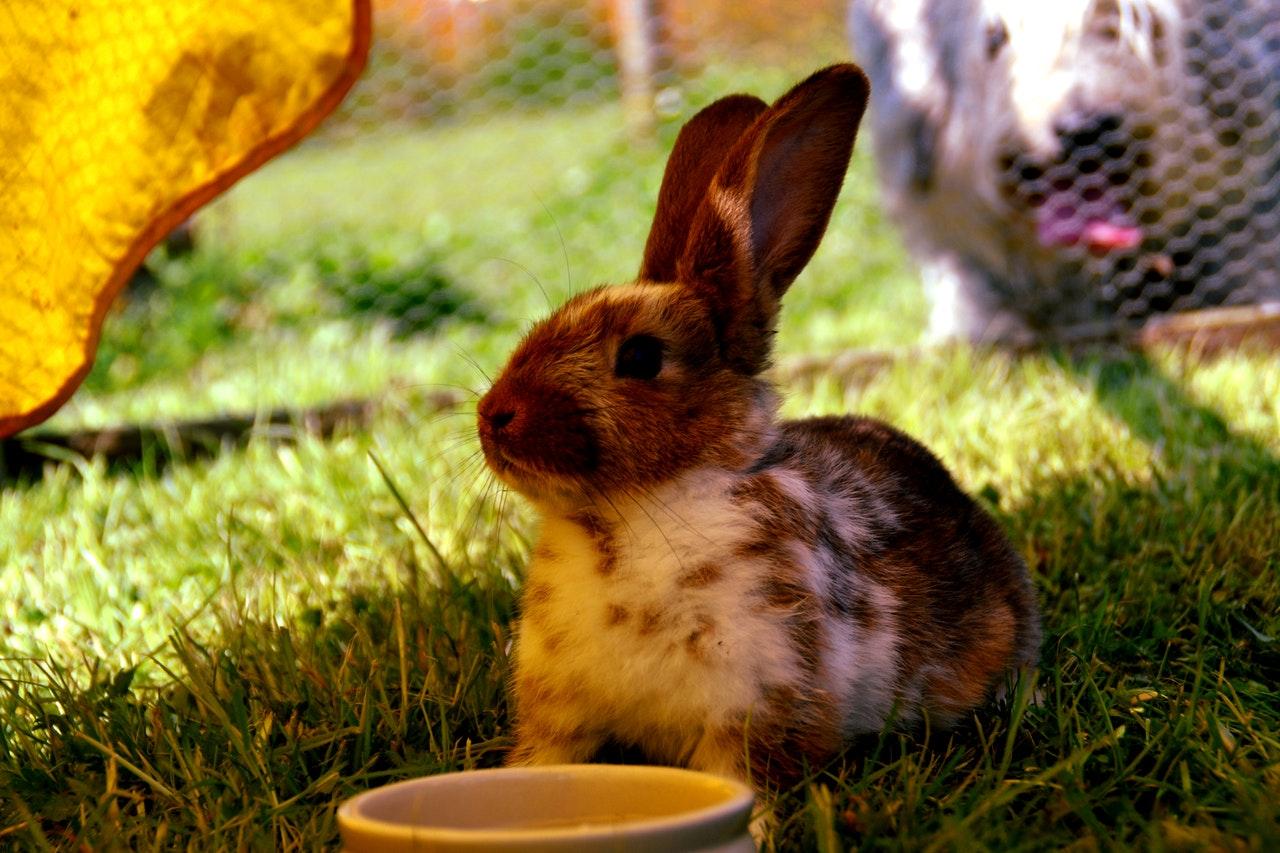 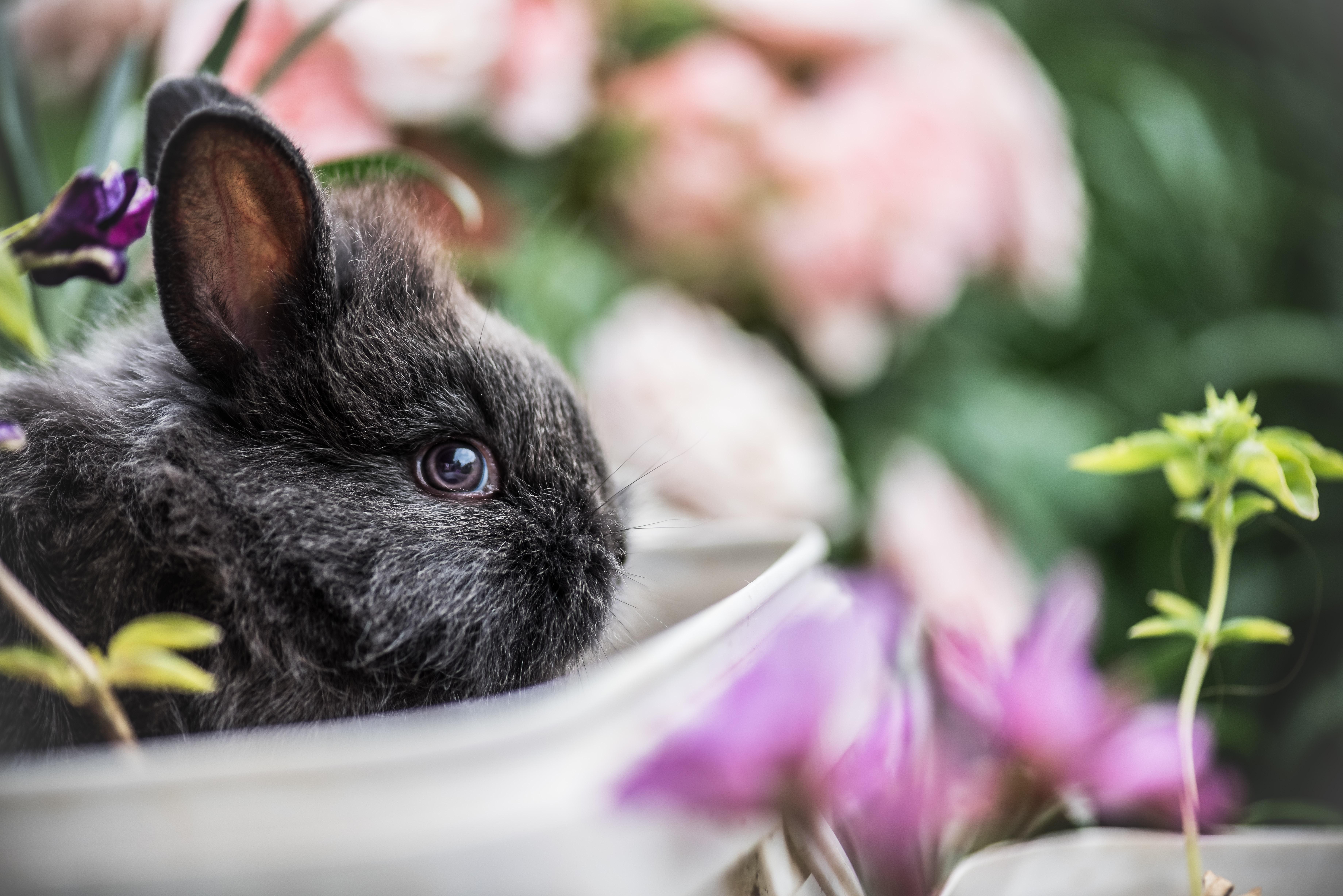 1 of 3
Why is My Rabbit Aggressive?
Back to top