Can Dogs Predict Earthquakes? The Answer 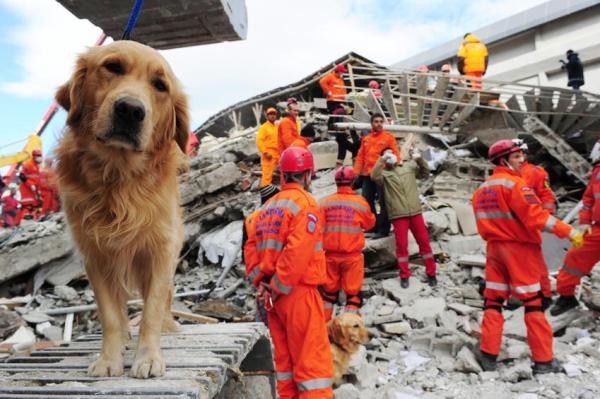 There is a legend that animals can predict earthquakes. This may seem surprising if it hadn't been recorded repeatedly that they are able to observe extraordinary things. It is said that dogs see ghosts and can even detect pregnancy, so why shouldn't they predict an earthquake if every time one occurs the number of animal victims are minimal compared to human victims?

To try to discover the facts behind the myth, in the following oneHOWTO article we will answer your question: can dogs predict earthquakes? All through the scientific investigations that have studied this fact.

You may also be interested in: Why Dogs Can't Eat Chocolate
Contents

Stories in which dogs have predicted earthquakes

There are many mysteries and doubts that revolve around man's best friend, we know they can not speak, at least the way we do it, but beyond that anyone who has had a dog knows the amount of things they can do and that leave us marveling. One of the great legends about these animals is that they are able to predict earthquakes, anticipate earthquakes and prevent natural catastrophes[1].

In the absence of any scientific studies to confirm it, mere observation was not enough to realize that when such an event occurred, the number of human victims was generally much greater than that of animals. However, NASA research seems to have found the missing answers and we can now explain through scientific reasons if animals are able to detect earthquakes before they occur.

Throughout the history of mankind there have been many cases of strange behavior and animal exodus just before a natural catastrophe. In 1975, in the Haicheng area of ​​China, thousands of snakes fled their burrows more than 1 month before a major earthquake shook the city, hours before the rest of the animals did, saving more than 90,000 lives. In the deadly Indonesian tsunami of 2004, animal victims were scarcely counted and, in fact, in some places like the Chinese province of Canton, animals are used as an alarm against earthquakes. Something which is very important if we consider that earthquakes are one of the few natural phenomena that we can not predict with certainty.

Until recently, despite the repeated evidence, there was no scientifically sound answer that would assure us how animals could detect earthquakes. Do they have a sixth sense that humans do not have? Do they perceive things that we are incapable of? The final answer is that it depends, because depending on the animal they are able to detect certain signals that the earth sends before an earthquake.

An earthquake understood as the trembling of the earth that we notice is only the culmination of a series of changes in the composition of the earth, changes that animals already detect in their early stages, for example, by the chemical alterations that are given in groundwater. This can be observed through the movement of toads in a pond in the village of L'Aquila in 2009, an Italian city in which there was a great earthquake a few days later.

The fact is that the movements in the earth's crust eventually create reactions in groundwater that change their chemical composition, to which these animals are very sensitive. From here, once it was discovered that the animals can predict earthquakes, a series of investigations began in the same line that showed that the stress that rocks pass through before and during an earthquake causes particles to reach the terrestrial surface and that it transforms it into hydrogen peroxide when in water. This means that something that was once harmless for these aquatic animals, suddenly becomes toxic and makes them flee.

Unlike the case of frogs, we still do not know exactly what mechanism dogs use to detect and predict earthquakes, yet what is undeniable is that they have the ability to do so. So much so that, alongside state-of-the-art devices, dogs and other animals are an indispensable part of earthquake prevention in both China and Japan.

But if we put things in context, the reality is that although they are able to predict tremors, dogs do not do so with the anticipation with which other animals act. Dogs are able to warn of earthquakes seconds or minutes before the earthquake, but they can not go much further in their anticipation. Of course, in earthquakes above 6 degrees on the Richter scale they can warn us in advance so that we can leave the house and save ourselves.

The studies that have been done on the behavior of dogs in the face of earthquakes, especially by the American Geological Society, point out that the way dogs can detect earthquakes is due to their ability to detect high frequency sounds from the crust which are too high for us to hear. Along with that, it is also believed that they can detect ground vibrations as well as electrostatic charges.

What is clear is that it is not about clairvoyance or paranormal abilities, it is simply that dogs have much more developed senses such as smell and hearing compared to humans, allowing them to observe signs of the physical world long before we can do it.

How does a dog react in the face of an earthquake

When an earthquake is coming, dogs get very nervous, bark for no apparent reason and try to alert you that something is not right. Often, these changes in their behavior eventually end in a haste to a safe place. So now you know, if suddenly and for no reason your dog begins to bark and behave suspiciously you should be safe, as they may be warning you of an earthquake.

If you want to read similar articles to Can Dogs Predict Earthquakes? The Answer, we recommend you visit our Pets category.

References
Bibliography
What Fruit Can Dogs Eat
Can Dogs Eat Raw Bones?
What Vegetables Can Dogs Eat?
Why Can't Dogs Eat Tomatoes
Most read
1.
How To Identify Snake Eggs Properly
2.
How to Raise my Dog's Low Platelet Count
3.
How to Know if your Pit Bull Is Purebred - Foolproof Traits
4.
Home Remedies For My Dog's Cough
5.
What Are The Symptoms Of A Female Dog In Heat
6.
How to Care for an American Bully Dog
7.
What to Feed a Dog with an Upset Stomach
8.
Why Is my Dog not Eating after Giving Birth?

Can Dogs Predict Earthquakes? The Answer 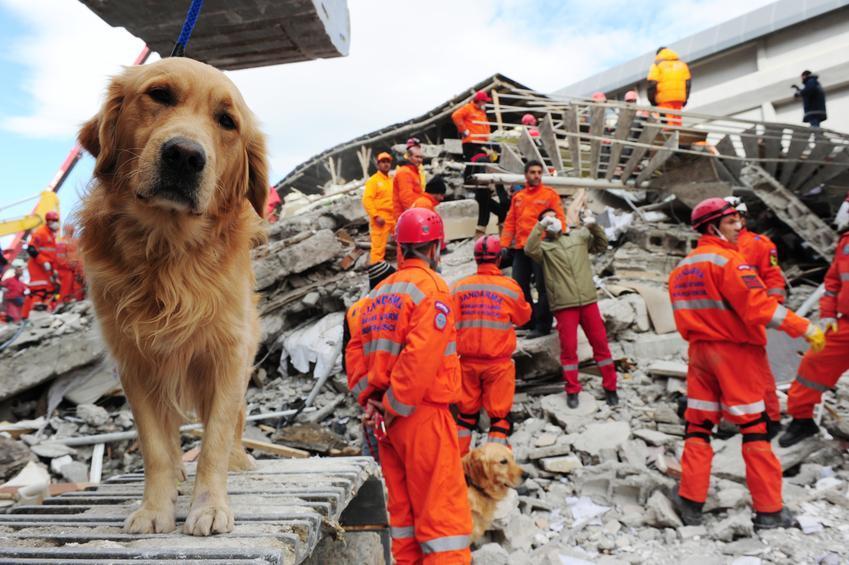 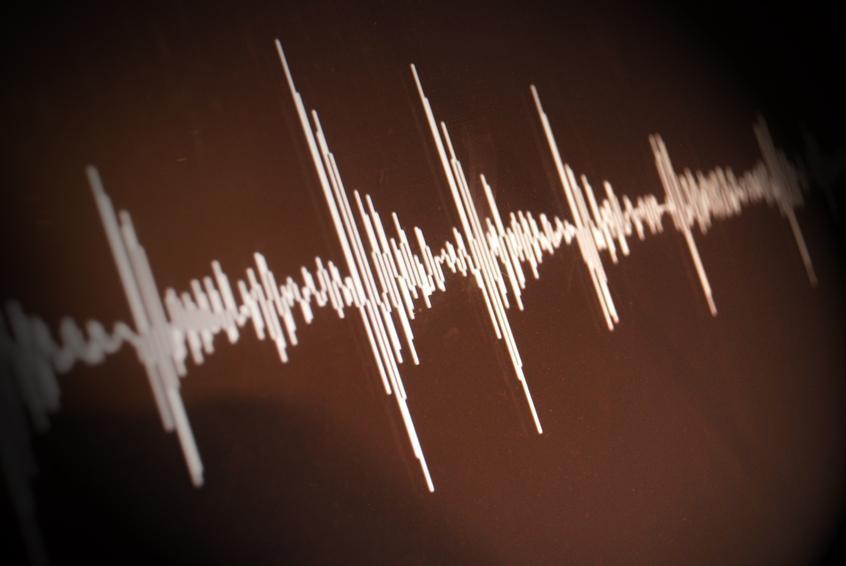 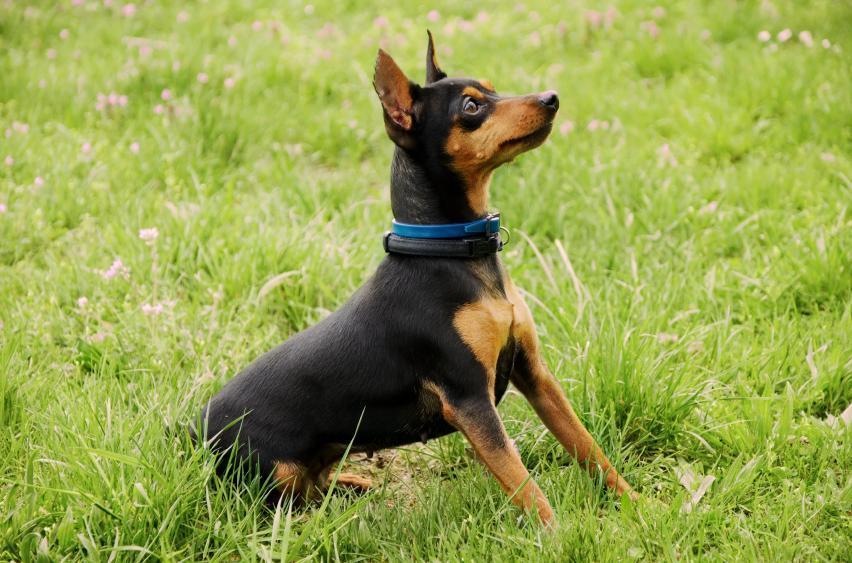 1 of 3
Can Dogs Predict Earthquakes? The Answer
Back to top