You may also be interested in: What Are the Benefits of Neutering My Cat?
Steps to follow:
1

Spaying and neutering may be common, but they are procedures which require the use of anaesthetics. Therefore, it is important to give your cat maximum attention after surgery, so it can recover as fast as possible. The effects of the anaesthesia can last up to 24 hours, so your cat will still be confused for a day or two. The cat will be tired, so we advise leaving it rest without being disturbed, If you have children, explain them that the cat needs some quite time and they cannot play with it.

Spaying or neutering typically takes place in a day, which means your cat will be home the same day it had the operation. During at least the first day and a half or two days, don't let your cat move too much. In fact, the best thing to do is to confine the cat to small space it cannot exit from.The animal won't be able to tell why it is in pain, and its movements are limited. If there's a small place or hiding hole you know of, limit the cat's access to it as it can get hurt.

A couple of hours after your cat's operation, the cat can start eating and drinking, but you can't give it the usual amount of food as the animal is still convalescent. Reduce its daily portion of food and liquid to half the usual amount during the first days.

It's also important to check that the cat doesn't lick, bite or touch its stitches, as they can open and create a major problem, so you need to keep a close eye.

It's normal if your cat doesn't want to eat too much, it's just been through an operation, so it feels weak and painful. Be patient and make sure it has liquids and some of its food. It is very common for a cat after being spayed or neutered not to have much appetite. If your cat refuses to eat or drink after it has been spayed or neutered, you can try give it some milk, but only if the cat is already used to have it, otherwise it can mask some other reaction to neutering or spaying. Hydration is important and cats usually prefer to drink than eat something heavy after been spayed or neutered.

Look after your pet and give it attention and affection. It's important to be aware of its reactions, if you see the wound bleed for any reason, or the cat is weak, or it has unusual symptoms such as vomiting or diarrhoea, immediately contact your vet.

Spayed or neutered felines tend to get fat, this is why it's important to control their diet from the first weeks after the operation.

If you want to read similar articles to How to Take Care of a Cat after Being Spayed or Neutered, we recommend you visit our Pets category.

Symptoms of false Pregnancy in Cats
How Many Kittens Can a Cat Give Birth To
How to Take Care of Cat in Winter
How to Make Two Cats Be Friends
Most read
1.
What Are The Symptoms Of A Female Dog In Heat
2.
How to Raise my Dog's Low Platelet Count
3.
What to Feed a Dog with an Upset Stomach
4.
Home Remedies For My Dog's Cough
5.
Why Is my Dog not Eating after Giving Birth?
6.
How to Make a Dog Drink Water when Sick
7.
How to Know if your Pit Bull Is Purebred - Foolproof Traits
8.
What To Do If Your Dog Doesn't Chew Its Food 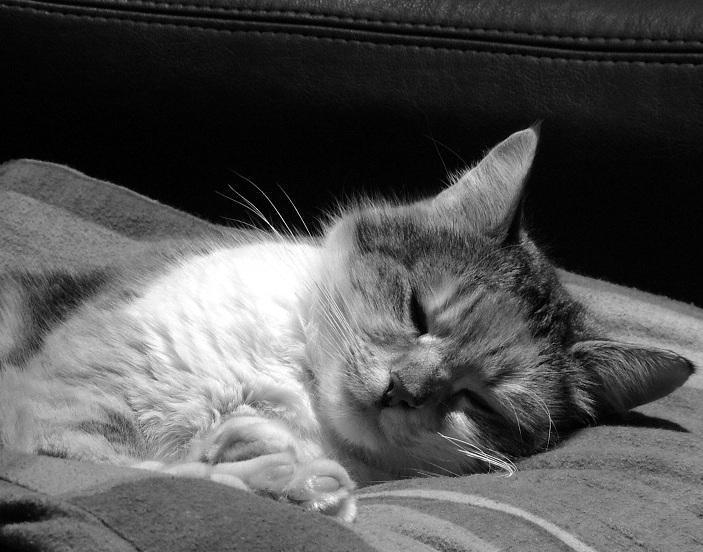