How to Make Two Cats Be Friends

You might want to know how to make two cats be friends because most cat lovers are not satisfied with adding a single cat to the family. The truth is that a very high percentage of cat owners decide to offer their home to two or more cats. But this experience does not always start or end on the right note and we need to implement some mechanisms to reduce aggression among these pets. In OneHowTo.com we explain how to make two cats be friends.

You may also be interested in: How to Take Care of a Cat after Being Spayed or Neutered
Contents

The character of the cat

It is important to understand that a cat is an individualistic animal, unsociable and very territorial. That does not mean we need to live with a grumpy creature that only brings problems, quite to the contrary. Cats can be friends with other cats, and when a pussy-cat is feeling affectionate it can be a most enjoyable experience for the owner.

Precisely that feeling is what makes us fall madly in love with them and bring on the desire to increase the size of the family with another kitten. Good idea, but we must consider how to introduce two cats and how to ensure that their coexistence is adequate and fights do not occur. So, let's see how to make cats friends.

How to introduce a new cat into home

Nothing to do with dogs. Cats have no need to belong to a pack. Instead, they are used to defending their territory and dominating their space. Therefore, arriving home with another cat and just letting it go in the house... is a bad idea.

The introduction between cats should be progressive. So, step by step, we observe the reactions of the animals, try to detect weaknesses in the affinity between them, and tackle them as soon as possible.

When you bring the new cat home, put it in a separate bedroom from your other cat, making sure it doesn't realize there's a newcomer. Feed your older cat next to the door so it can associate that smell to something as positive as food.

After 3 to 4 days, let your older cat go in the room (without the new cat inside) and let it smell around the room. After this period, start introducing the two cats briefly.

What to do once they live together

It is true that sometimes cats, to some extent, can be friends with other cats without much effort. This is not the usual scenario and it is normal that we too have to put some effort in. Therefore, it very important that we cut fights between cats from their onset.

Intervene as soon as you notice a fight starting. Not by getting in the middle or picking them up with our hands, as doing so we would just end up with scratches and being scalded. The best thing is to make a noise that catches their attention or even throw water at them. Then we must immediately separate them and let them settle down, in particular, we must isolate the most violent one.

It is also a good idea to promote rewards when they are together. It is good for cats to notice that when together they get treats and it is better for each of them. It will greatly help make two cats be friends. No punishing, especially no physical punishment, as cats do not understand that language.

How to improve relationships

Keep different sandboxes and clean up the sand often so no territorial fights occur and each cat can have its own space to isolate itself if one of them has no desire for company. It is also important to have their sleeping places well differentiated as well as their toys, scratching posts, etc.

We must be very careful to show the same affection for each animal. Cats are usually very jealous animals, so again rewards are a good way to promote unity, and sometimes the reward will be our caresses and games, which should be equal for both. It will greatly help make cats friends.

How older cats react to kittens

If the cat you already have is older, and of a different gender, making cats friends can be much easier. Power structures will be established from the very beginning. While an older cat will sometimes be annoyed by a kitten, it will find its way to teach the kitten how to behave. You should let your older cat teach your kitten its limits. Just do not tolerate violent behaviour. In that case, use the tactics described above.

Neutered cats are usually less aggressive and fight less, plus a vet can also give guidelines as to some feline hormones that are undetectable to the human nose and serve to calm cat anxiety.

It could be that the coexistence is not always friendly 100% of the time, but with these tips we will at least get the cats to not behave badly and live peacefully in our home. If they don't fight too often, you can confidently say your cats are friends!

If you want to read similar articles to How to Make Two Cats Be Friends, we recommend you visit our Pets category.

Tips
How to make my cat accept a new kitten
How to Introduce a New Cat to Your Cat
How To Gain A Cat's Trust
How to Make a Cat Lose Weight
Most read
1.
What Are The Symptoms Of A Female Dog In Heat
2.
How to Raise my Dog's Low Platelet Count
3.
What to Feed a Dog with an Upset Stomach
4.
Home Remedies For My Dog's Cough
5.
Why Is my Dog not Eating after Giving Birth?
6.
How to Make a Dog Drink Water when Sick
7.
How to Know if your Pit Bull Is Purebred - Foolproof Traits
8.
What To Do If Your Dog Doesn't Chew Its Food

How to Make Two Cats Be Friends 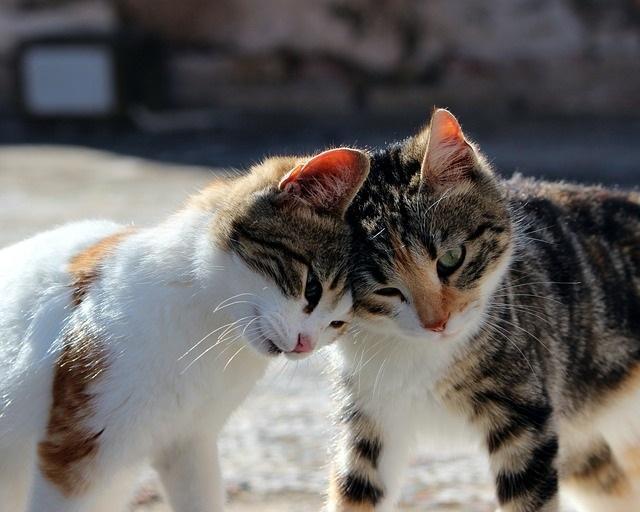 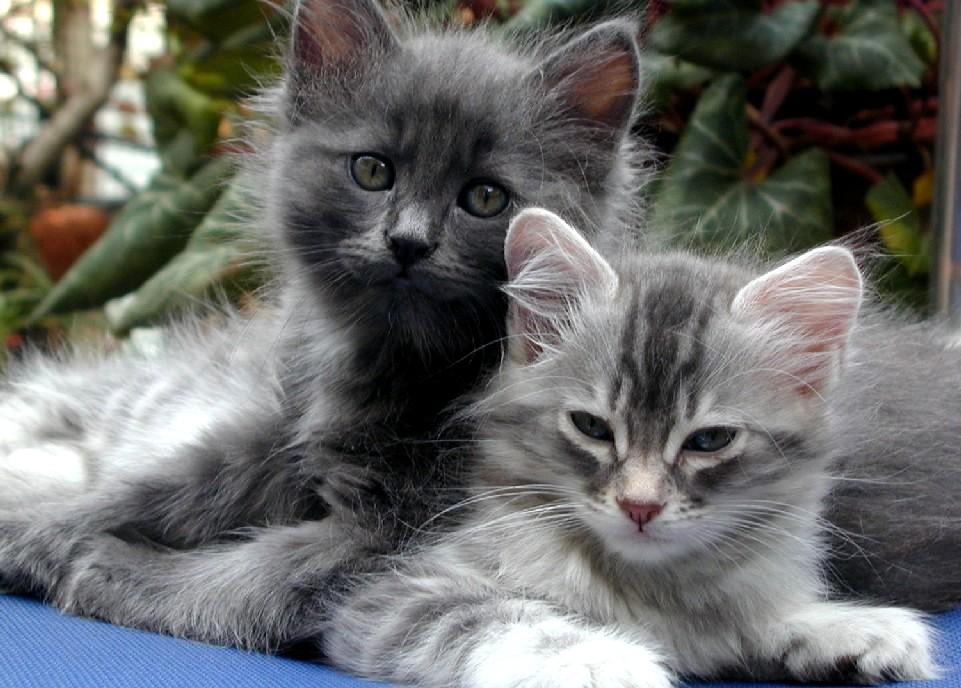 Image: commons.wikimedia.org
1 of 2
How to Make Two Cats Be Friends
Back to top